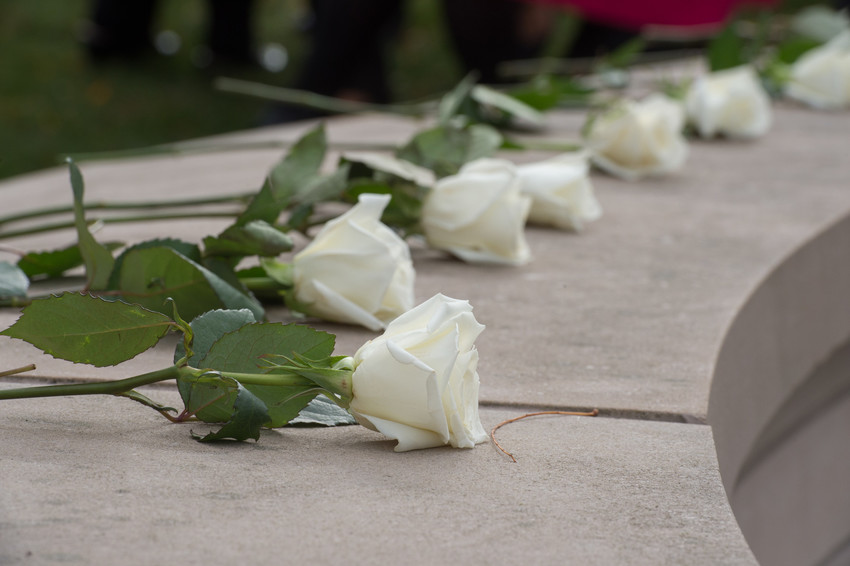 White roses rest on the Wall of Remembrance during the Rose Laying Ceremony Friday.  (Photos by Steve Sartori)

The annual Rose Laying ceremony to remember the Syracuse students killed in the Pan Am 103 bombing and the Remembrance Convocation to recognize the 2016-17 Remembrance and Lockerbie Scholars were held Friday.

The events were part of Syracuse University’s Remembrance Week 2016. The weeklong series of events honors the 270 people, including 35 students studying abroad through Syracuse University, who lost their lives in the terrorist bombing of Flight 103 over Lockerbie, Scotland, on Dec. 21, 1988.

View some photos from Friday’s events. 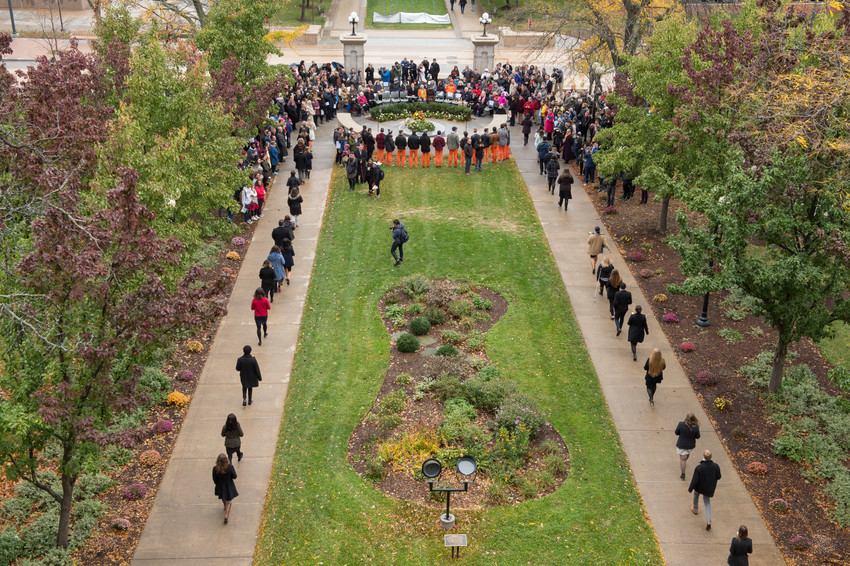 Remembrance and Lockerbie Scholars walk toward the Place of Remembrance Friday. 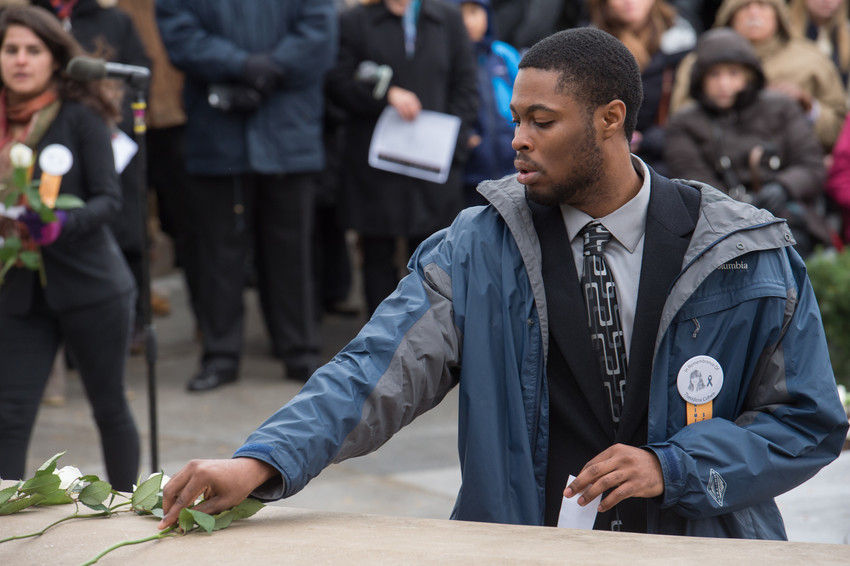 Remembrance Scholar Nigel Miller places a rose on the Wall of Remembrance during the Rose Laying Ceremony Friday. 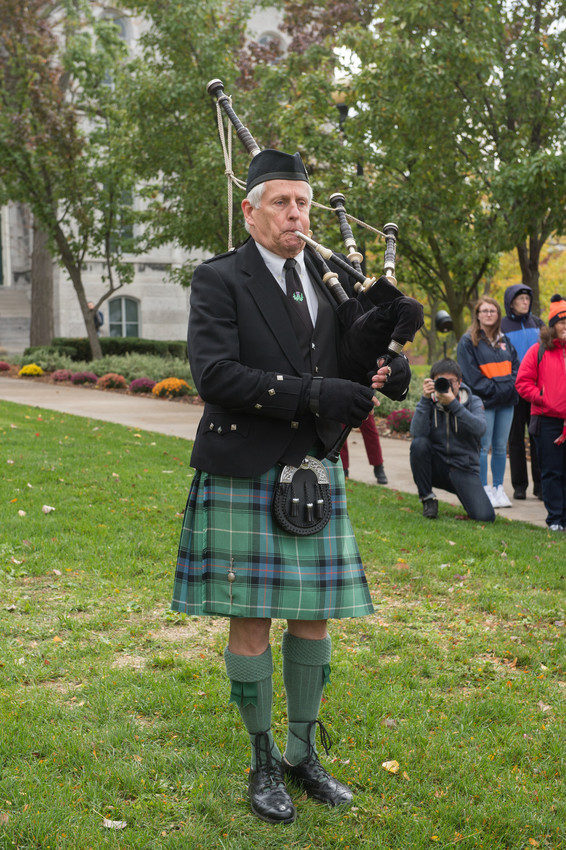 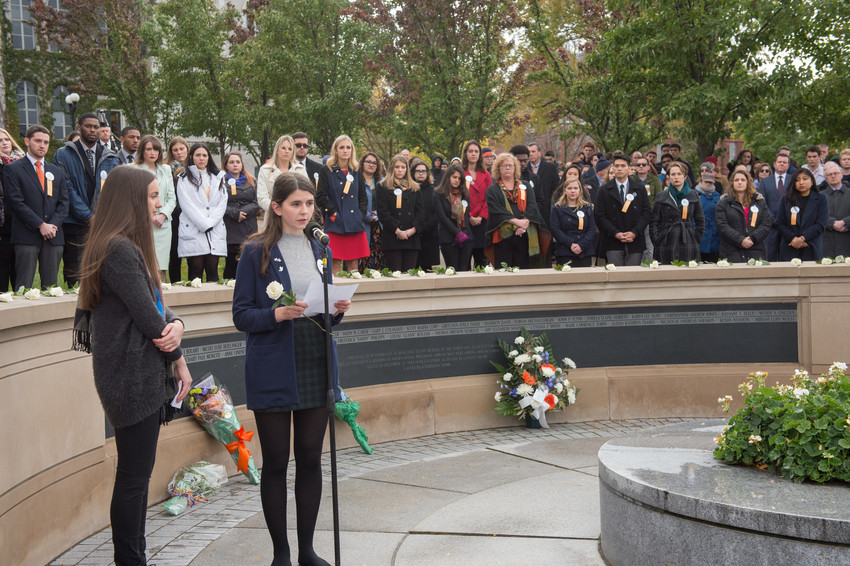 Lockerbie Scholars Sian McLaughlin and Shona Beattie speak during the Rose Laying Ceremony at the Place of Remembrance. 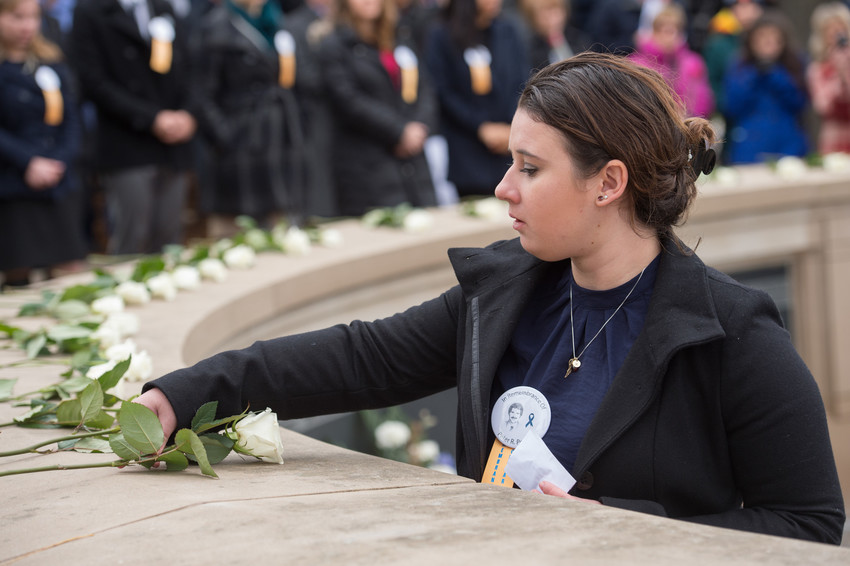 Remembrance Scholar Katherine Barymow places a rose on the Wall of Remembrance. 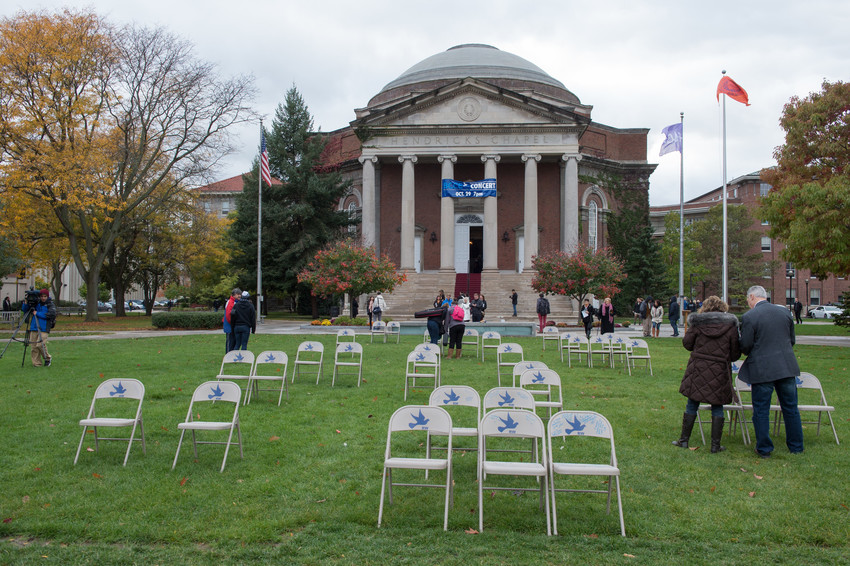 An exhibition of 35 empty chairs on the Kenneth A. Shaw Quad, an installation created by the 2012 Remembrance Scholars, juxtaposes the visual representation of the 35 students lost with good deeds inscribed upon the chairs. The exhibition is meant to serve as a reminder of how a loss in the past can inspire positive actions in the present. 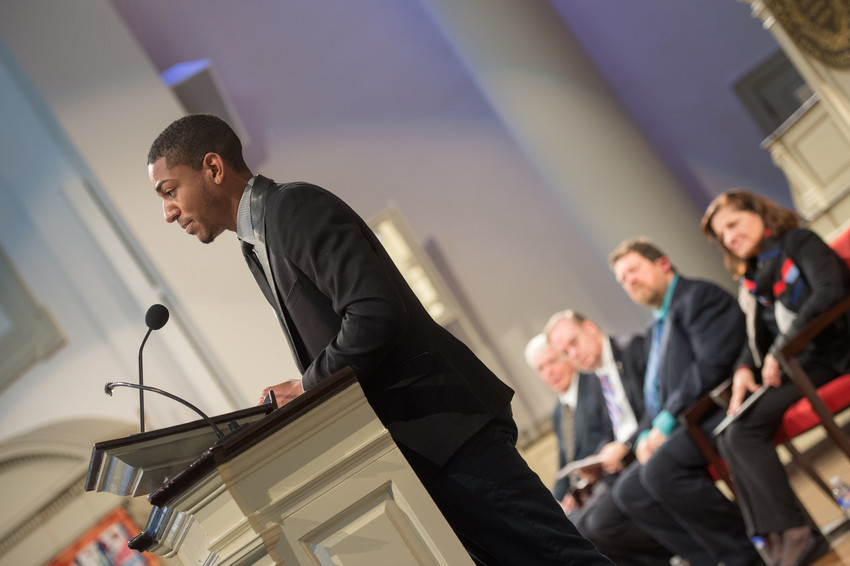 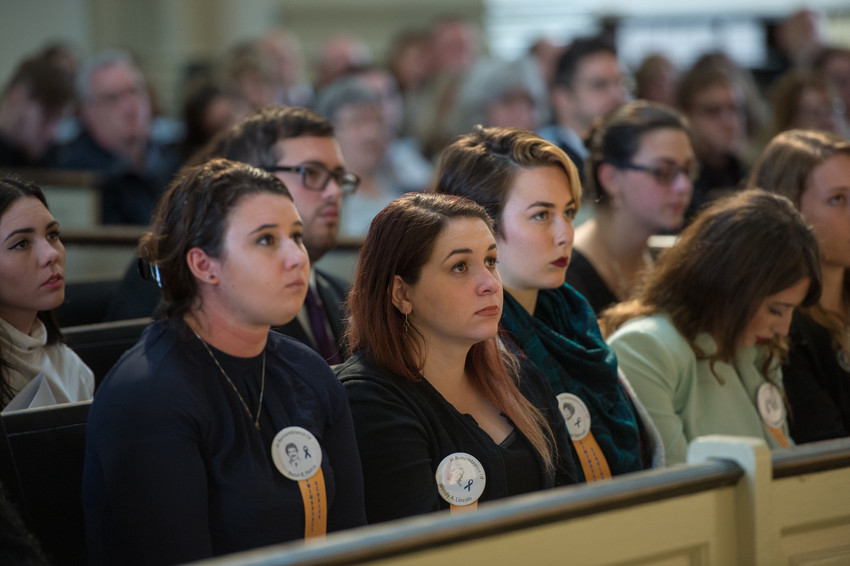 Remembrance Scholars listen to the speakers during Convocation in Hendricks Chapel Friday. 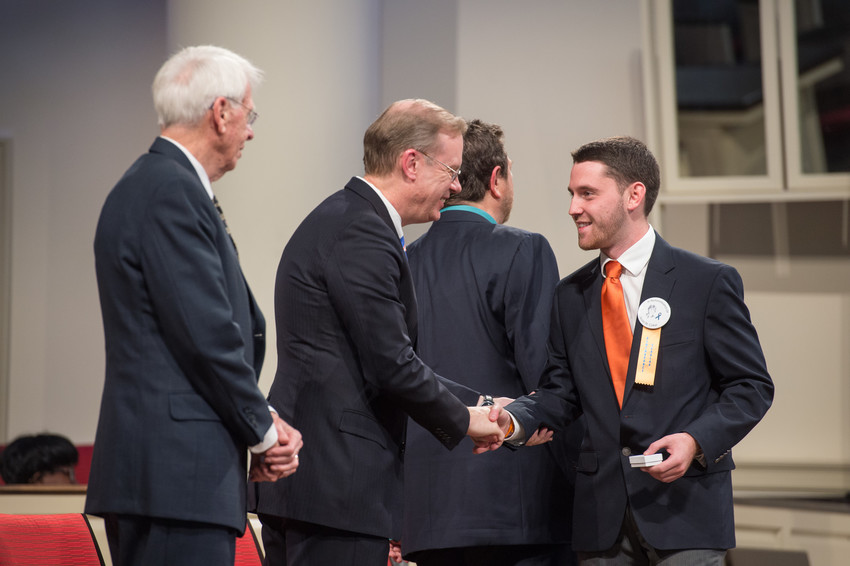 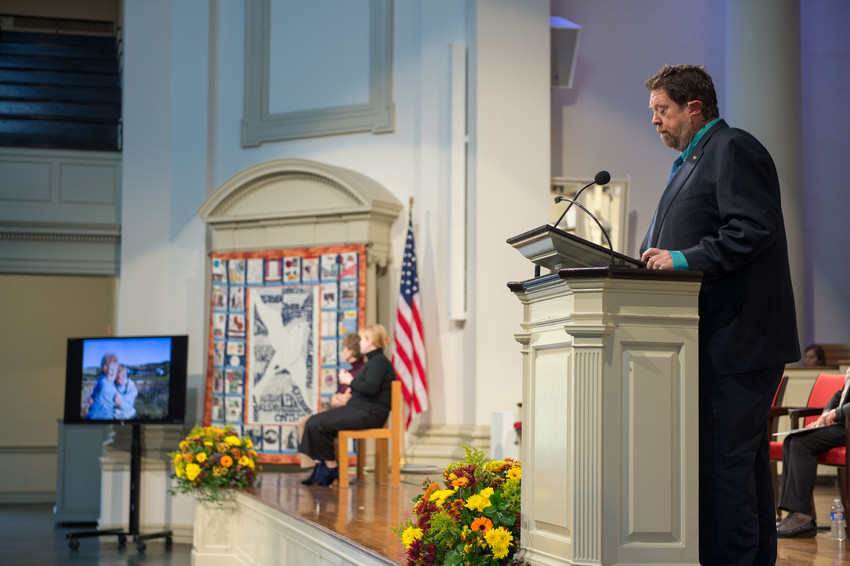 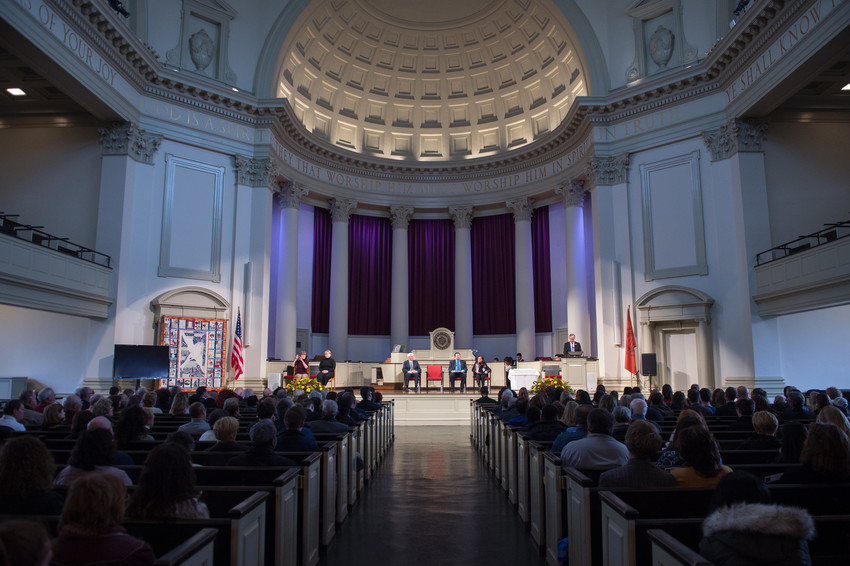 The Remembrance Convocation was held Friday in Hendricks Chapel. 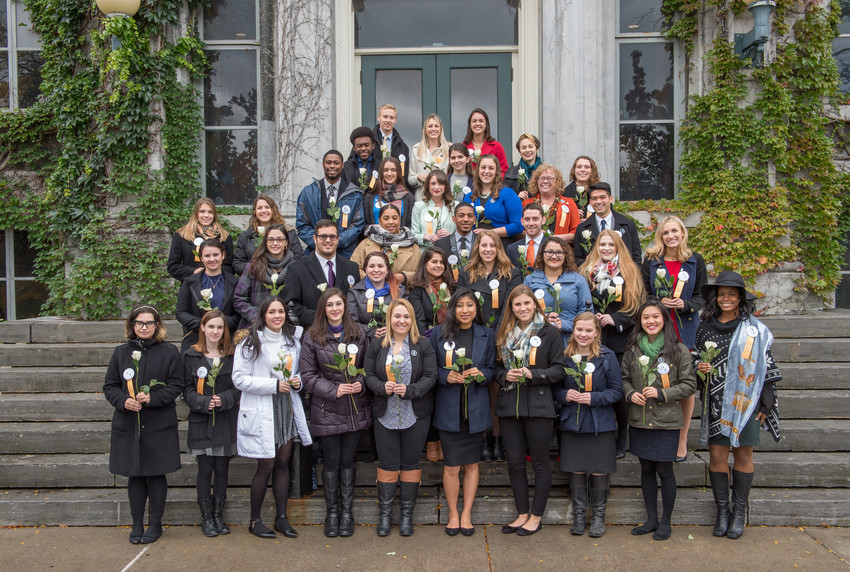 The 2016-17 Remembrance and Lockerbie Scholars