Kendall Phillips, professor of communication and rhetorical studies in the College of Visual and Performing Arts’ Department of Communication and Rhetorical Studies, recently delivered the lecture “Learning to Fear: Horror, Superstition and the Creation of American Cinema” at the University of Denver. 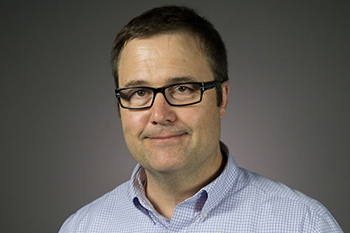 Phillips, whose research and teaching interests are in contemporary rhetorical theory and criticism, is the author of two books on horror films: “Dark Directions: Romero, Craven, Carpenter and the Modern Horror Film” (Southern Illinois University Press, 2012) and “Projected Fears: Horror Films and American Culture” (Praeger, 2005). “Dark Directions” was recently named by Cinepunx as one of the “10 Essential Books for the Horror Fan.”

Phillips is also the author of “Controversial Cinema: The Films that Outraged America” (Praeger, 2008); co-editor of “Global Memoryscapes: Contesting Remembrance in a Transnational Age” (University of Alabama Press, 2011); and editor of “Framing Public Memory” (University of Alabama Press, 2002). He is an honorary fellow in the School of Visual and Material Culture at Massey University (New Zealand) and visiting professor at York St John University (United Kingdom).