When the Red Cross sent food to drought- and conflict-ravaged Somalia, military personnel distributed the supplies on a first-come, first-served basis. People who didn’t receive food responded by starting a riot. “The military didn’t understand that the local politics of distribution would have worked better,” says Robert A. Rubinstein, Distinguished Professor of Anthropology and Professor of International Relations in the Maxwell School and former director of the Program on the Analysis and Resolution of Conflicts. 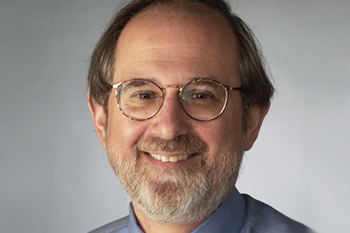 That insight highlights Rubinstein’s pioneering work on the anthropology of peacekeeping and the role of anthropology in international security policy. His work has long been widely cited by scholars, government and military organizations. Now the American Public Health Association (APHA) has recognized his research and advocacy on peace and human rights by naming him recipient of the 2016 Victor Sidel and Barry Levy Award for Peace. Rubinstein will receive the award Nov. 1 during APHA’s 2016 Annual Meeting and Expo in Denver.

“My work has been to look at how it is that the organizational culture of military and humanitarian groups affect their success in working together and how those cultures interact with local cultures,” he said. “The idea is, better understanding might improve the cooperation of the actors in these situations. If they understood one another and the local context better, they might make delivery of humanitarian aid more effective.”

Rubinstein’s research combines his expertise in political anthropology and public health, and evolved from the U.N. peacekeeping role. “There are tremendous health consequences of war, both physical and psychological,” he says. 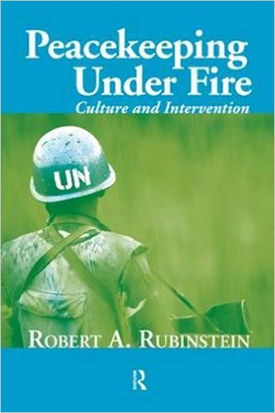 In the 1990s, the nature of many conflicts changed, with many internal crises, he explains, pointing to Bosnia, Somalia and Rwanda as examples. “One of the underlying causes of these complex emergencies is that there are inequalities among people,” he says. “Understanding the politics on the ground is important for interveners to understand.”

Rubinstein is the author of “Peacekeeping Under Fire: Culture and Intervention” (Routledge, 2008). He is a co-editor of “Practicing Military Anthropology: Beyond Traditional Boundaries and Expectations” (Kumarian Press, 2012); “Dangerous Liaisons: Anthropologists and the National Security State” (SAR Press, 2011); and “Building Peace: Practical Reflections from the Field. Bloomfield” (Kumarian Press, 2009).

The APHA award also recognizes Rubinstein’s work organizing international peace research. He was a longtime member of the board of directors of the Ploughshares Fund, which awards grants to initiatives aimed at preventing nuclear weapons and promoting regional peace and security. He is also co-founder and chair of the Commission on Anthropology, Peace and Human Rights of the International Union of Anthropological and Ethnographic Sciences.

The award acknowledges that Rubinstein’s work has been used by government and military organizations analysts to improve the design of their interventions in complex emergencies. He has served as a consultant to organizations including the United Nations Office of Internal Oversight Services, the National Research Council, the U.S. Army Peacekeeping Institute and the Norwegian Institute of International Affairs.