Author Nancy Sherman to read from her book ‘Afterwar’ on Oct. 14

The Nonfiction Reading Series and the Moral Injury Project of Syracuse University will present a reading and discussion by Nancy Sherman, author of “Afterwar” and “The Untold War” on Friday, Oct. 14, from 2:30-4 p.m. in 207 Hall of Languages. Following her reading, there will be a reception and book signing.  This reading is free and open to the public. 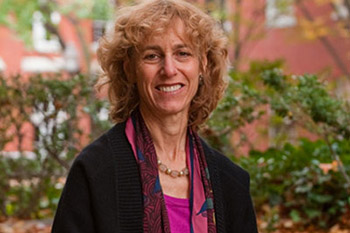 Trained in both ancient ethics and psychoanalysis, and with 20 years of experience working with the military, Sherman draws on in-depth interviews with servicemen and women to paint a richly textured and compassionate picture of the moral and psychological aftermath of America’s longest wars. About 2.6 million soldiers are currently returning home from war, the greatest number since Vietnam. Facing an increase in suicides and post-traumatic stress, the military has embraced measures such as resilience training and positive psychology to heal mind as well as body. Sherman argues that some psychological wounds of war need a kind of healing through moral understanding that is the special province of philosophical engagement and listening.

Her publications also include “Stoic Warriors: The Ancient Philosophy Behind the Military Mind” (Oxford, 2005); “Making a Necessity of Virtue: Aristotle and Kant on Virtue” (Cambridge, 1997); “The Fabric of Character: Aristotle’s Theory of Virtue” (Oxford 1989, translated in Spanish, 1998); “Critical Essays on the Classics: Aristotle’s Ethics,” Ed. (Rowman and Littlefield, 1999). She has written over 60 articles in the area of ethics, military ethics, the history of moral philosophy, ancient ethics, the emotions, moral psychology and psychoanalysis.

Now in its 9th year, the Nonfiction Reading Series is sponsored by the Department of Writing Studies, Rhetoric, and Composition. The popular series features local, national, and international writers of all types of nonfiction, including memoir and autobiography, the personal essay, political essays and historical narrative, among others.

For more informtion about the series, please visit: wrt.syr.edu/News/NFRS/