Syracuse Stage has announced longtime Board of Trustees member and treasurer Bethaida “Bea” González, dean of University College, has assumed the role of board president. Replacing González as treasurer is Lorraine Branham, dean of the S.I. Newhouse School of Public Communications. In addition to González and Branham, the board welcomes seven new trustees. 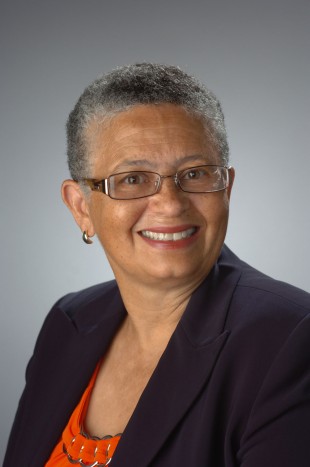 “Syracuse Stage will truly benefit from the variety of experiences our new board members bring to the table,” says Bob Hupp, artistic director. “Each and every one of them is passionate about the arts, believes in the transformative power of live theater and is committed to helping Syracuse Stage continue to reach its goal of providing the highest quality of professional live theater to the Central New York community.”

González has been a member of the Syracuse Stage Board of Trustees since 2000 and most recently served as treasurer of the board. As the dean of University College, González supervises programming for continuing education and summer programs, including both undergraduate and graduate studies, the English Language Institute and the Veterans Resource Center among others. She has received numerous awards for her achievements and has been recognized by New York State as a Hispanic American of Distinction and by the Central New York Organization of Women as an Unsung Heroine. González is originally from Puerto Rico and is a current Syracuse resident.

Branham has been a University Trustee on the Syracuse Stage board for several years. At the Newhouse School, Branham has developed strong connections between communications education and the industry and successfully directed an $18 million fundraising campaign. Prior to her tenure in education, Branham was a newspaper journalist at a variety of nationally renowned publications.

In addition to González and Branham, the board welcomes several new trustees:

“I am beyond excited to become the president of the Syracuse Stage Board of Trustees at such an exciting time in the organization’s history and looking forward to working with new leadership and the wealth of experience that makes up our board,” says González. “As we embark on the 44th season of locally produced professional theater, I am confident that everyone at Syracuse Stage, from the staff to actors to volunteers, will collaborate to bring our community the best productions yet.”