The panel begins at 7 p.m. in Goldstein Auditorium in the Hildegarde and J. Meyer Schine Student Center.  Tickets are free and available to the general public at the Schine Box Office.  American Sign Language (ASL) interpretation and Communication Access Real-time Translation (CART) will be available.

The event, “Injustice for All 2: I Too Am America,” will focus on advocacy and social justice efforts related to racial injustice in the United States.  Members of the NPHC, recognizing that there are many ways to raise awareness of injustices, including social media and peaceful protest, wanted to host this event to generate dialogue around ways to create greater, positive change.  The panelists all provide expertise in advocacy and promoting change, which is why the NPHC invited these esteemed guests, explains NPHC President Alseny Frederick.

“They have an abundance of knowledge regarding a wide range of our current struggles as people of color in this country,” says Frederick, a senior in Falk College of Sport and Human Dynamics.  “Our generation is a very powerful generation, but many of us do not realize how much power we have to change the world.” 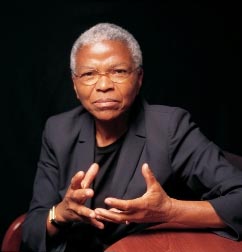 For more than 40 years, Berry has been one of the most recognized and respected voices in the nation’s civil rights, gender equality and social justice movements. An accomplished author, Berry has written books that have covered a wide range of topics, from the history of constitutional racism in America to politics of parenthood to, most recently, the historical context of President Barack Obama’s speeches. Berry currently teaches “American Social Thought” at the University of Pennsylvania.

Berry’s distinguished career includes serving as chair of the U.S. Civil Rights Commission; becoming the first woman of any race to head a major research university, University of Colorado at Boulder; co-founding the Free South Africa Movement, which was instrumental in raising global awareness and abhorrence toward South African injustice; and serving as the assistant secretary for education in the U.S. Department of Health, Education and Welfare, working to address historical inequities in these systems. 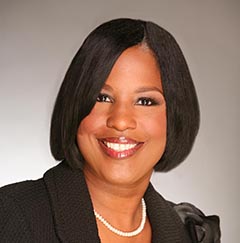 Brock is chair of the national board of directors for the National Association for the Advancement of Colored People (NAACP). She made history when she was unanimously elected as the youngest person and fourth woman to hold the position. She is the vice president of advocacy and government relations for Bon Secours Health System Inc. in Maryland.

Her involvement with the NAACP has spanned more than 27 years and includes numerous accomplishments. Her advocacy for quality, accessible and affordable healthcare for vulnerable and economically disadvantaged communities led to the creation of the NAACP’s standing committee on health. She also secured millions of dollars for NAACP programming; served as chair of the NAACP’s National Convention Planning Committee, where she instituted fiscal policies; and created the NAACP Leadership 500 summit to recruit, retain and train a new generation of civil rights leaders. 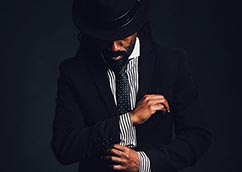 Sekou was ordained at Friendly Temple Baptist Church in St. Louis and served as a Youth Pastor there early in his career.  Throughout his career as a minister and social activist, he also served on the National Political Hip Hop Convention Platform Committee; directed the Fellowship Center at the Cochran Housing Project; founded the Interfaith Worker Justice Center in New Orleans following Hurricane Katrina; and was appointed associate fellow in religion and justice at the Institute for Policy Studies.

Most recently, Sekou served as Pastor for Formation and Justice at First Baptist Church in Jamaica Plain, Boston.  In 2014, he was visiting scholar at Stanford University’s Martin Luther King Education and Research Institute at the time of Michael Brown Jr.’s killing, and traveled to Ferguson on behalf of the Fellowship of Reconciliation, the country’s oldest interfaith peace organization, to organize with groups and train hundreds in nonviolent civil disobedience.

For more information about the event, contact Frederick at atfreder@syr.edu.