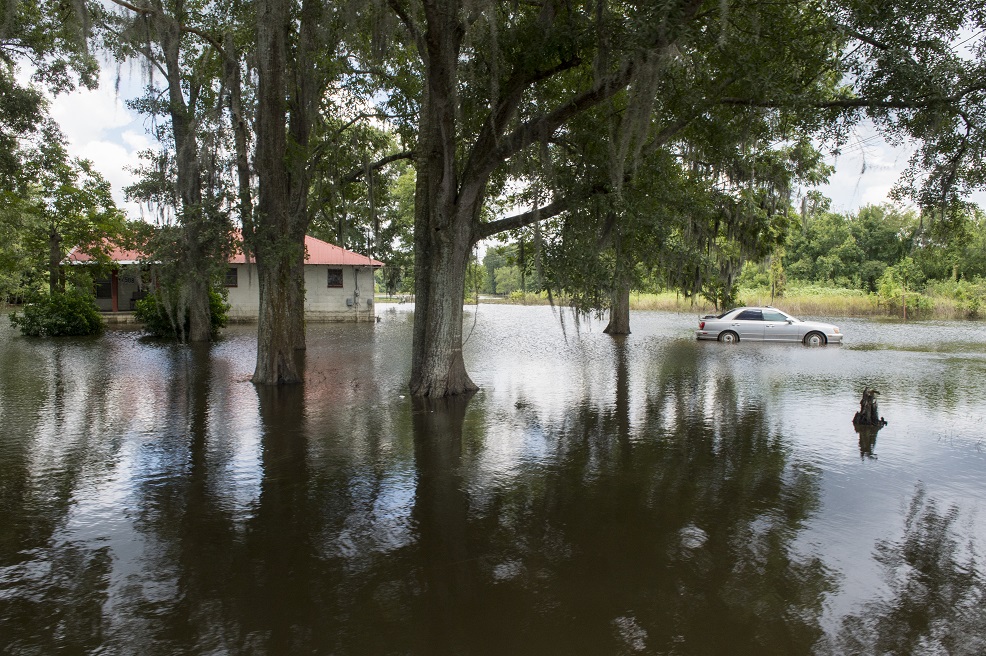 When disastrous flooding hit Louisiana in August, most people around the nation could only watch the events of the devastation unfold on the news.

Daniel Welker was glad to be called to action to help those in need. 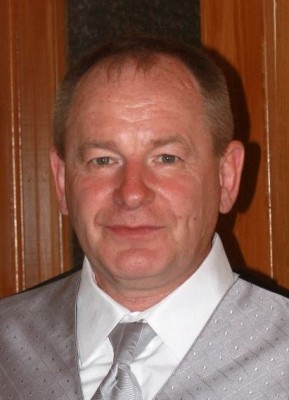 Welker, a supervisor with Physical Plant, spent a month, beginning Aug. 16, working with flood victims in Baton Rouge and surrounding parishes as a reservist with the Federal Emergency Management Agency (FEMA). In his role as an applicant services program specialist, he works with disaster survivors in Disaster Recovery Centers to help them apply for FEMA assistance or eliminate some of the hurdles blocking that assistance.

Many people lost everything in the flooding that came after a torrential storm.

“Unlike a hurricane, where people generally have advance warning, this storm came up suddenly and just sat, churning over the area, dumping record amounts of rain in just hours,” Welker says. “Most victims fell asleep to puddles in their yard and woke up a couple hours later to neighbors and first responders pounding on their doors because the water had risen so rapidly.”

Based at the center in Gonzales, Welker and his colleagues saw over a 100 families a day. Due to damage and mold growth in their homes, families were displaced; some were able to stay in a limited number of hotel rooms and others were forced to move in with families, stay in shelters or sleep in their cars.

Welker spoke with many survivors who had lived in their homes for 50 years and had never been flooded. Many had over four feet of flood water in their homes. 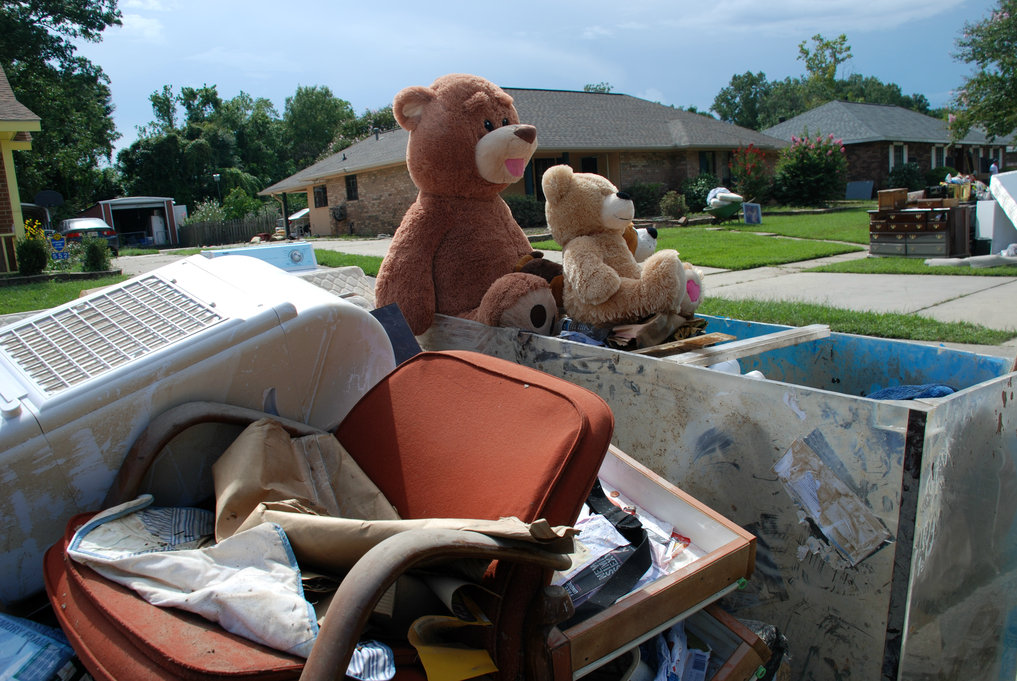 Residents in the Baton Rouge area discard anything that was submerged in flood waters to begin the recovery process. (Photo by Laura Guzman/FEMA)

“Our primary effort was to work with survivors to find suitable housing and help them start with the rebuilding process,” Welker says. Team members also connected them with volunteer agencies that can help with food, cleaning assistance and counseling.

Welker says the most challenging part is being away from his family, but it’s also dealing with the stories of the families who have been devastated. Some had flood insurance but most times insurance just covers the structure, not the contents; others did not have flood insurance because they did not live in areas that required them to.

“It was hard not to say ‘I understand’ because there was no way I could. The best I could do was listen to their story, offer a tissue and a hug,” Welker says. “The Cajun people are a very strong group of people in faith and in their work ethic. I passed by a sign that was hung on a house that simply said, ‘We are Cajun Strong.’”

For Welker, the rewards of helping others are simple. “It’s a hug from a grandmother who lost everything, but we were fortunate enough to find her some basic necessities and a place to stay. It was a handshake from a father who didn’t want to cry in front of his family but had tears in the corners of his eyes. There were people who could not read and others could not hear. As a team, we able to help them,” he says. 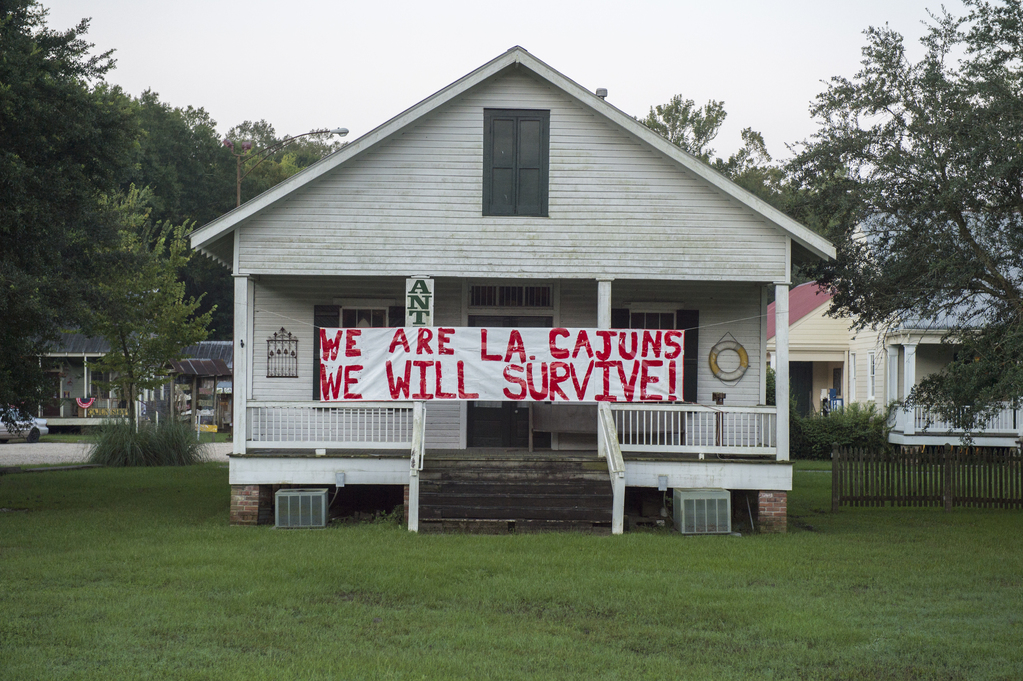 A proud Louisiana business owner displays a sign of strength and pride in the wake of the flood dissaster in Gonzales, Louisiana. (Photo by J.T. Blatty/FEMA)

Welker emphasizes the team effort of the work. “I am generally a person that does not open up quickly to new people, but there is something about the commonality with FEMA staff that makes anyone you just met feel like a lifelong friend,” he says.

Welker, who is a member of the Chittenango Fire Company, started as a member of the reservist cadre in September 2005, when Hurricane Katrina struck southern Louisiana. FEMA was overwhelmed and reached out to firefighters across the country to assist, as firefighters are familiar with the Incident Command System during disasters.

When the call comes—four times in the last 11 years, he’s been expected to be at a disaster site in 24 hours—with not much time to organize things at home or work. He joined thinking it’s an important way to help others, but he realized it does have an effect on others around him and he appreciates the support he’s received.

“I failed to realize the toll it would take on my family and my co-workers here at Syracuse University,” Welker says. “I owe all of them a huge thank you for taking over my responsibilities in addition to their own at a moment’s notice.”

But his commitment and that of the University to enable Welker to take part in the relief efforts is recognized by those he helps.

“I proudly wore my Syracuse University shirts while I was there and the feedback was wonderful,” Welker says. “People are so grateful that the University allowed me to go down here and help out. I am very grateful as well for all the support shown to me every time I have been deployed. 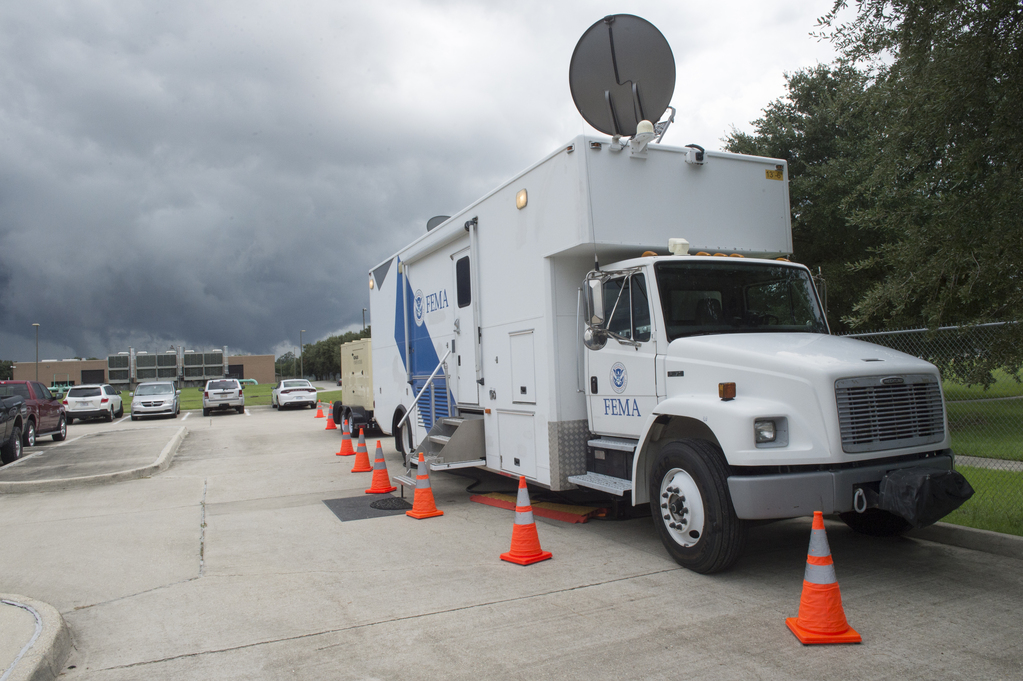 FEMA truck outside of the Emergency Operations Center in Baton Rouge, La on Saturday, August 20, 2016. (Photo by J.T. Blatty/FEMA)