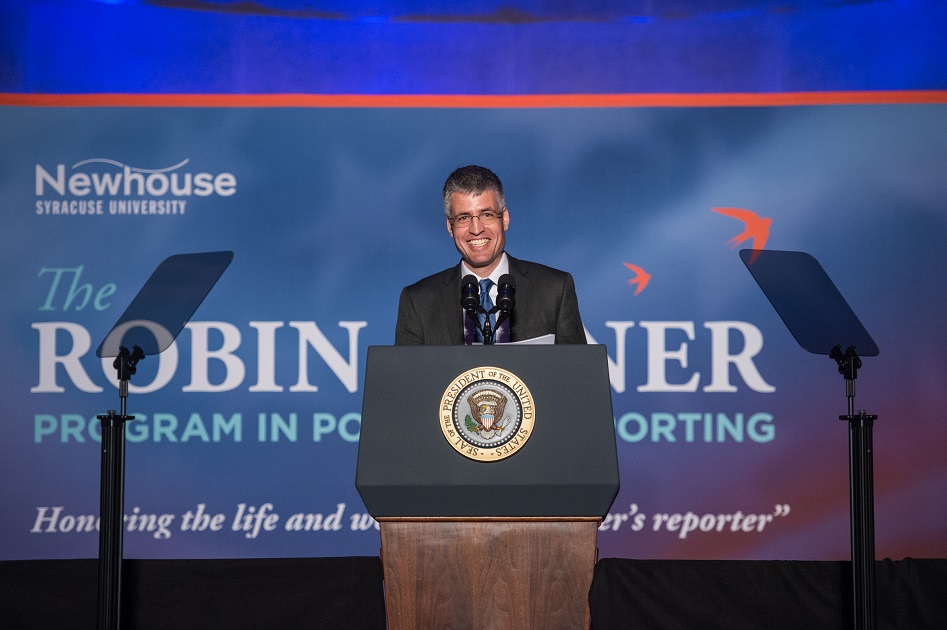 Political reporter Alec MacGillis of ProPublica will visit the Newhouse School today. He will discuss politics, his work and the first presidential debate in conversation with Assistant Dean Joel Kaplan at 7 p.m. in the Joyce Hergenhan Auditorium, Newhouse 3. Follow on Twitter at #TonerLecture.

MacGillis was the winner of the Newhouse School’s Toner Prize for Excellence in Political Reporting earlier this year. He won for “The Breakdown,” a collection of stories that, among other issues, revealed the influence of the oil industry and other corporations on public policy; examined the reasons that some voters make political choices that many analysts consider against those voters’ own interests; and showed that many assumptions about politics and governance no longer hold true. He accepted the prize in March at an award ceremony in Washington, D.C., where President Barack Obama delivered the keynote address.

MacGillis covers politics and government for ProPublica. He previously spent three years writing for The New Republic and five years as a national reporter for The Washington Post, where he was part of the team whose coverage of the Virginia Tech shooting won the 2008 Pulitzer Prize for breaking news. He was also a metro reporter for five years at the Baltimore Sun, where he and collaborators were Pulitzer finalists for their coverage of the Beltway sniper. His work has appeared in the New York Times, the New Yorker and Harper’s.

The event is free and open to the public. For more information, contact Christi MacClurg at 315-443-1010 or mcmacclu@syr.edu,