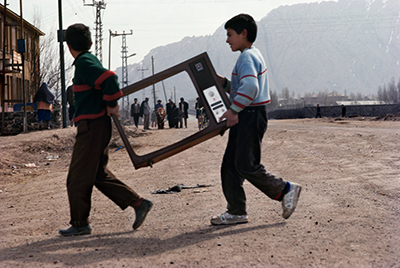 Renowned photojournalist and humanitarian Reza will speak at Syracuse University’s Newhouse School Wednesday, Oct. 5, from 5:30 to 7 p.m. in the Joyce Hergenhan Auditorium, Newhouse 3. He will discuss his work and the power of photography to connect cultures, communities and hearts. The event will include an exhibit of his project “Exile Voices,” which comprises images taken by children at Kawergosk Refugee Camp in northern Iraq as part of the Reza Visual Academy.

Reza has worked all over the world, most notably for National Geographic. His work has been featured in international publications including Time, Stern, Newsweek, El Pais and Paris Match, as well as in a series of books, exhibitions and documentaries made for the National Geographic Channel. Since 1983, Reza has worked to train children and women from conflict-ridden societies in the language of images, to help them strive for a better world.

After his work, “Memories of Exile” was shown at the Louvre Carousel in 1998, he shared his humanitarian vision through a series of monumental installations: “Crossing Destinies”; “One World, One Tribe”; “War + Peace”; “Windows of the Soul”; “Soul of Coffee”; “Land of Azerbaijan: the Elegance of Fire”; and “A Dream of Humanity.” 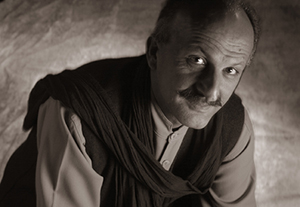 His work has been recognized by World Press Photo and he has won the Infinity Award and the Lucy Award. He received an honorary medal from the University of Missouri and an honorary degree of Doctor Honoris Causa from the American University of Paris. He is also the recipient of the Chevalier of the National Order of Merit. He is the author of 29 books.

Reza will also participate in the Newhouse event “Running for Cover: Politics, Justice and Media in the Syrian Conflict” on Oct. 6.

His talk is sponsored by the Newhouse Center for Global Engagement, the Department of Multimedia Photography and Design and the Alexia Foundation. For more information, contact Kristen Northrop at 315-443-7358 or kmnorthr@syr.edu.