Syracuse University Dialogue to Examine the Roles of Media, Law and Politics in Syrian Conflict 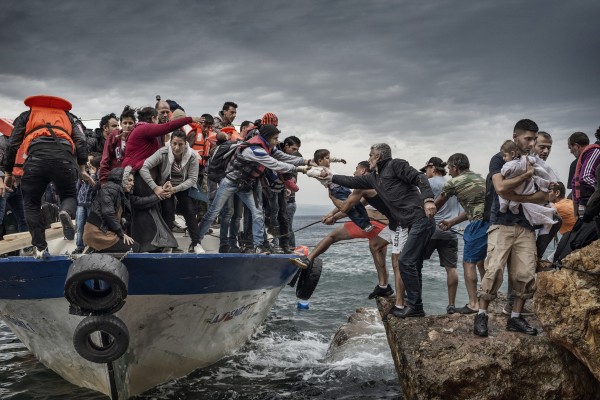 Refugees and migrants aboard a fishing boat driven by smugglers reach the coast of the Greek Island of Lesbos after crossing the Aegean sea from Turkey in October 2015. Photo credit: Antonio Masiello /Zuma Press with permission from Pictures of the Year International

Accountability in the Syrian conflict will be the focus of a daylong event hosted by the Newhouse Center for Global Engagement in the S.I. Newhouse School of Public Communications next month. “Running for Cover: Politics, Justice and Media in the Syrian Conflict” will take place Oct. 6 beginning at 9 a.m. in the Joyce Hergenhan Auditorium, Newhouse 3. The event will be streamed live at http://newhouseglobal.syr.edu. Follow on Twitter at #SUSyria.

The event will analyze the international community’s response to the Syrian conflict and its effects, as well as the challenges to reporting the war, developing political solutions and seeking justice for victims. The interactive event is designed as a “fishbowl” conversation among academics, policy makers, human rights advocates, journalists and the audience. Participants will explore how the international community captures news and images from the conflict, investigates alleged war crimes and human rights violations, and protects refugees. They also will discuss lessons learned from this conflict that might inform the response to future conflicts. 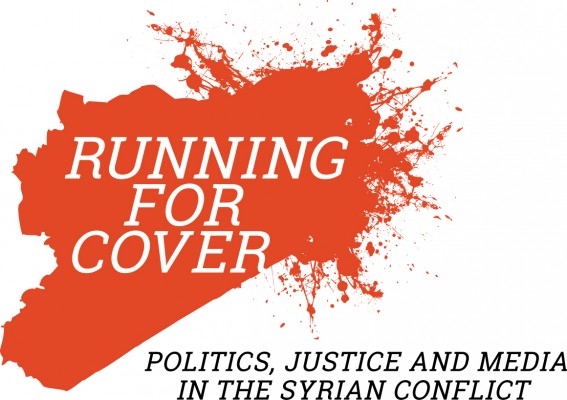 positive change,” says Ken Harper, director of the Newhouse Center for Global Engagement and chief organizer of the event. “We are crafting the event to be less of a ‘sage on the stage’ and more of a ‘guide on the side’ experience. We hope it’s a useful event that speaks to the seriousness of the situation and honors those suffering with an honest conversation.”

A series of five panel discussions will cover a range of topics. An empty chair will allow audience members to join and rotate through each panel. Syrian activists on the ground and around the world will be invited to participate anonymously via social media.

As a precursor to the event, international photojournalist Reza will discuss his humanitarian work Oct. 5 at 5:30 p.m. in the Joyce Hergenhan Auditorium.

Panelists will address the historical context of the conflict and offer a critique of the political, military and humanitarian responses of the international community, including an assessment of where we stand now.

This panel will explore the various justice options available to the people of Syria and the surrounding region who are victims of the atrocities committed during the Syrian conflict, and the likelihood of those options being utilized by the international community.

A once well-funded international press corps has been depleted to the point where accurate reporting on one of the most complex conflicts of the 21st century is almost impossible. This panel will look at how the conflict has been reported and how reportage can be improved.

Social media has forever changed the way we report on and bear witness to conflict and atrocities. This panel will explore the intersection of social justice and oppression. Is social media aiding transparency and accountability in Syria or is it a tool of oppression?

Now what? This panel will discuss current and new initiatives from NGOs, media, governments and the academic community that address the complex challenges of the Syrian conflict, and outline action items for moving forward.

An exhibition featuring photos of those directly affected by the Syrian conflict will be on display inside and at the entrance to the Joyce Hergenhan Auditorium. Images are provided by Pictures of the Year International and Ed Kashi of VII Photo Agency and Talking Eyes, as well as from the special gallery “Exiled Voices,” which comprises images taken by children at Kawergosk Refugee Camp in northern Iraq as part of the Reza Visual Academy.

The conference is co-sponsored by the international relations and Middle Eastern studies programs in the Maxwell School of Citizenship and Public Affairs and the Institute for National Security and Counterterrorism Carol Becker Middle East Security Speaker Series in Maxwell and the College of Law. Additional support comes from the Law School’s Impunity Watch; the Syrian Accountability Project; and the Alexia Foundation.

For more information about the event, including panelist bios, see http://newhouseglobal.syr.edu/event/syria. Questions about the event may be directed to Kristen Northrop at 315-443-7358 or kmnorthr@syr.edu.