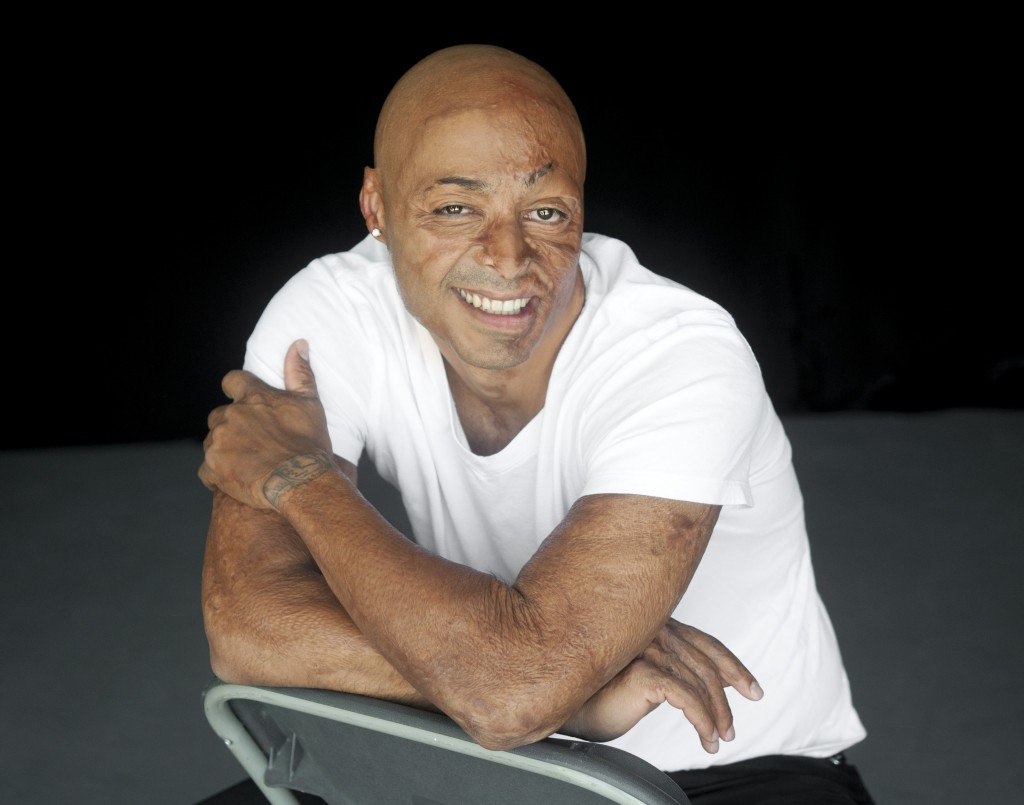 The Dr. Martin Luther King Jr. Celebration committee is proud to announce the speaker for this year’s event. Best-selling author, actor, U.S. Army veteran and motivational speaker J.R. Martinez will provide the keynote address at the yearly celebration of the life and legacy of Dr. King. This is the 32nd year for the event at Syracuse University’s Carrier Dome. It’s the largest of its kind, and will take place on Sunday, Jan. 29, 2017.

“It’s an honor to be named as the keynote speaker for this event,” says Martinez, “primarily because of the man who we gather to honor, but also, because of the large number of people from all walks of life who will be there to honor Dr. King.”

Martinez was born in Shreveport, Louisiana, and raised in Dalton, Georgia. He joined the Army after high school and was deployed to Iraq in 2003. A month into his tour he, along with three other soldiers, were badly burned in a roadside explosion. During his recovery, a nurse asked him to speak to a burn patient, who had just seen his body for the first time and had become withdrawn. For Martinez, it was a life changing moment. After a brief visit, he realized that he had a positive impact on this patient and decided to use his own experiences to help others. He continued to visit patients every day, sharing his story and listening to theirs. He learned that inspiration is often a two-way street.

Martinez has since become a motivational speaker, traveling the world to spread a message of resilience and optimism. Martinez’s story captured the attention of producers on the Emmy Award-winning daytime drama “All My Children,” where he played a role he was familiar with: as a wounded veteran returning home to face the many challenges of civilian life. More recently, Martinez showed his dancing skills, winning the Mirrorball Trophy as part of the “Dancing with the Stars” program. He’s appeared on TV shows, including “Oprah,” “60 Minutes,” “The Tonight Show,” “Good Morning America” and on Univision. His story was told in the New York Times, and he was also named one of People’s “Most Intriguing People” of 2011. Martinez is also the author of the New York Times bestselling book, “Full of Heart: My Story of Survival, Strength, and Spirit,” a memoir about how he was able to take his personal tragedy and turn it into an inspiration for others. He’s also serves as a spokesperson for a number of organizations, including Operation Finally Home and the Phoenix Society for Burn Survivors.

According to 2017 Celebration Chairwoman Ajajielle Brown, “to have a motivational voice and Army veteran serve as our main speaker, the honor is truly ours. J.R.’s story is one that should serve as an inspiration to us all. He helps to lift voices and spirits, and more to the point, shows that what’s inside a person is what counts.”

Martinez will be the featured speaker, but the celebration includes more than the event at the Carrier Dome. It’s a weekend filled with activities and community-wide involvement organized by the City of Syracuse, the University and the MLK committee. On Saturday, Jan. 28, a community event will be held at Nottingham High School. The community event includes a day of educational workshops and recreational activities, as well as an awards ceremony for K-12 students.

On Sunday, Jan. 29, dinner precedes the program at 4:30 p.m., with doors opening at 4 p.m. Tickets go on sale beginning Nov. 1. For employees, staff and the general public, tickets will be sold through the Schine Box Office, and are available on an individual basis ($30) or in blocks of 10 ($300). Cash, credit or interdepartmental I.D. may be used. All tickets are for general seating. Student tickets are $15 and can be purchased through a meal plan at dining halls. Students without a meal plan can purchase at the Schine Box Office as well.

The evening program, which includes an address by Martinez, the presentation of the 2017 Unsung Hero Awards, music by a community choir and entertainment by student performers, begins at 5:30 p.m. and is free and open to the public. For questions, call Hendricks Chapel at 315-443-5044.

American Sign Language (ASL) interpretation and Communication Access Real-Time (CART) will be available at the event. To request dietary or other accommodations, contact Ginny Yerdon at Hendricks Chapel at 315-443-2901 or gyerdon@syr.edu.