Dana Spiotta, a highly acclaimed novelist and an associate professor in the M.F.A. Program in Creative Writing, will present a reading on Friday, Sept. 30, as part of the YMCA’s Downtown Writers Center (DWC)’s visiting author series. The free event is at 7 p.m. at the Syracuse YMCA, 340 Montgomery St. 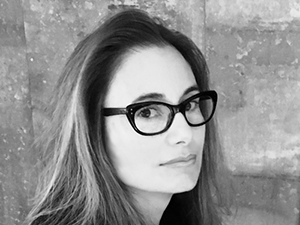 Her most recent novel, “Innocents and Others” (Scribner, 2016), was released in March to critical praise. She “has created a new kind of great American novel … [she] writes radiant, concentrated books that, as she has put it, consider ‘the way things external to us shape us: money, technology, art, place, history,’” The New York Times Magazine says in a February 21, 2016, story. “She has been compared with Don DeLillo and Joan Didion,” the magazine continues, “but her tone and mood are distinctly her own: She’s fascinated, not alienated.”

“Innocents and Others” has drawn praise from countless other publications: “A brilliant, riddling clip-montage of a friendship” (The New York Times Book Review); “an original and strangely moving book” (The Los Angeles Times); and an “astute novel about fame, power, and alienation steeped in a dark eroticism” (Vanity Fair).

George Saunders G’88, professor of English, considers Spiotta a wonder. “[Her novel] is a daring and beautiful meditation about selfishness and selflessness, and how to be in the world,” he writes. “A powerful book that will stay with me and continue to speak to me for a long time.”

Adds Mary Karr, the Peck Professor of Literature: “Spiotta is emerging as perhaps the major contender for fiction’s next generation. Her aim is nothing less than redemption, and she delivers.” 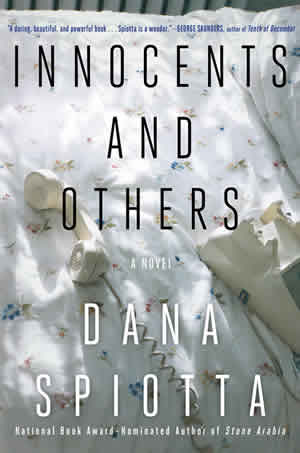 Spiotta’s “Eat the Document” (Scribner, 2006) was a finalist for the National Book Award and a recipient of the Rosenthal Foundation Award from the American Academy of Arts and Letters. Her debut novel is “Lightning Field” (Scribner, 2001). She was a Guggenheim Fellow and a New York Foundation for the Arts Fellow, and won the 2008-09 Rome Prize from the American Academy in Rome.

Spiotta discussed the kinds of characters that inhabit her novels with the online literary magazine The Millions: “I am interested, broadly, in how people respond to the enormities of the wider world, or even the harsh realities of a local, quiet life,” she says. “I’m not so interested in truly ‘bad’ characters. I’m interested in bruised idealists.”

Founded in 1999, the Arts Branch of the YMCA serves thousands of residents each year through a variety of programs, including the YMCA After School Arts Program; private music lessons; the East and Northwest YMCA Arts Studios; the Y-Arts Scholars Program; and the DWC, which provides adult and teen creative writing workshops, free literary readings, the CNY Book Awards and the journal Stone Canoe.