Richard Kirshenbaum ’83, CEO of NSG/SWAT, will speak at the Newhouse School Sept. 20 at 6:30 p.m. in the Joyce Hergenhan Auditorium, Newhouse 3. His talk is part of the Eric Mower Advertising Forum. Follow on Twitter at #MowerForum. 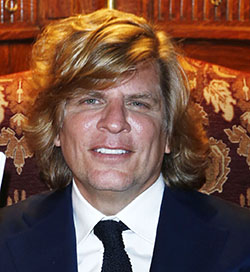 A Newhouse alumnus, Kirshenbaum is one of the most exciting personalities in New York City advertising. In 1987, at age 26, he co-founded the Kirshenbaum Bond + Partners (KBP) agency, which pioneered such innovative concepts as the pop-up store, sidewalk advertising and other forms of high-visibility guerrilla marketing. At the time of its sale, KBP was the largest independent ad agency in the United States, with one billion dollars in billing.

In 2011 Kirshenbaum launched NSG/SWAT, a high-profile boutique branding agency that works with entrepreneurs and emerging companies. He is also co-founder, with music icon Chris Blackwell, of Blackwell Fine Jamaican Rum.

Kirshenbaum has lectured at Harvard Business School, has appeared on “20/20,” was named to Crain’s New York Business’s 40 under Forty list, was inducted into the Advertising Hall of Fame in 2000 and was second on a list of the top 100 U.S. entrepreneurs.

He is the author of the business book “Under the Radar”; the relationship guide “Closing the Deal,” which has been translated into nine languages; the advertising memoir “Madboy,” an Amazon bestseller; and “Isn’t That Rich?”, a compilation of essays from his New York Observer column.

Kirshenbaum is an accomplished playwright, and his work has been produced by David Mamet’s Atlantic Theater Company. He has also contributed to Us Weekly’s “Fashion Police” feature and has written comedy for the legendary Joan Rivers, among others.

His talk is free and open to the public. For more information, contact Karen Greenfield at 315.443.2304 or kegreenf@syr.edu.