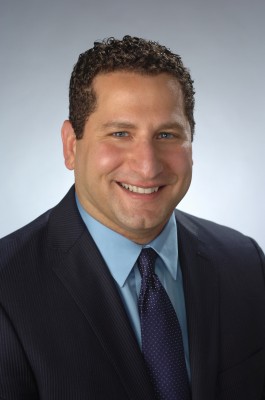 Fifteen years out from 9/11 and the war on terror still rages. Osama Bin Laden is dead but U.S. troops, albeit in fewer numbers, remain in Iraq and Afghanistan, and new enemies have risen.

Why has U.S. policy in the Middle East struggled in the legacy of 9/11?

Osamah Khalil, an assistant professor of U.S. and Middle East history in the Maxwell School of Citizenship and Public Affairs, notes how the U.S. built up its national security bureaucracy after 9/11—gathering incredible amounts of data—but has not addressed the root causes of instability in the Middle East through broader understanding.

His book, “America’s Dream Palace: Middle East Expertise and the Rise of the National Security State,” to be released in October, highlights how U.S. foreign policy has shaped expertise in this often misunderstood part of the world over the past century and how the relationship runs much deeper than any current conflict.

Q: What has been the aftermath of the U.S. in the Middle East following 9/11?

A: America’s involvement with the area we now call the “Middle East” dates to the mid-19th century, and some scholars argue even earlier. As I discuss in “America’s Dream Palace,” there is a long period of engagement and interaction between the two areas that did not begin with the Sept. 11 attacks and did not end with death of Osama Bin Laden.

In the 15 years since 9/11, the United States remains deeply involved in the region, politically, economically, militarily, religiously and culturally. Although the focus is often on the active conflicts (Iraq, Syria and Afghanistan) and occasionally on the covert operations and drone strikes that are conducted from Libya to Pakistan, the engagement between the U.S. and the Middle East is also deeper and richer than just military affairs and political crises.

Q: What are the threats driving U.S. policy in the Middle East today?

While the general public often understands the relationship between the United States and the Middle East through the lens of current events, crises and threats, this obscures a much longer and deeper engagement. U.S. policy in the Middle East and elsewhere around the globe is driven by interests—material, strategic and ideological. Since the early post-World War II period U.S. foreign policy has been driven by Washington’s decision to serve as the guarantor of global oil supplies, the goal of “maintaining security and stability” in the region from the U.S.’s perspective, and America’s “special relationship” with Israel.

A: Much like declaring a “war on drugs,” the idea that you can have or should have a “global war on terror” is part of the problem. Terrorism is a strategy, and often a deliberate one, and not an ideology. As I discuss in the book, even the definition of terrorism has not been consistent over the past four decades.

In addition, al-Qaʽida, the organization responsible for 9/11, was very small (with some scholars estimating that it had roughly 3,000 members largely based in Afghanistan and Pakistan). This threat could have been dealt with in a more strategic fashion. Instead, after 9/11, the national security bureaucracy underwent a massive expansion, the largest since the end of World War II, and one of the consequences was an increase in redundancy among the different agencies but not necessarily an improvement in how the U.S. was assessing and analyzing threats. 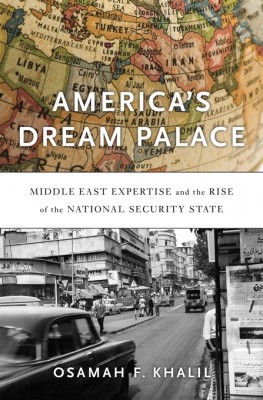 Nor was there an attempt to address the root causes of conflict and instability in the region. Fifteen years later, this situation has not improved. For example, even though there is a robust and controversial global surveillance effort, the United States still lacks a sufficient number of analysts to quickly and efficiently evaluate the troves of data collected.

Q: What are the repercussions of not moving more quickly to analyze data?

A: This relates to the basic question of why are massive amounts of data (cell phone, social networking, etc.) being collected, including of American citizens, without a warrant. In many cases these are individuals who are not suspected of being affiliated with terrorist groups.

In addition, the database of suspected terrorists is still growing, and yet Obama administration officials concede that those on this list are not at the same level of importance as previous targets. There is no transparency on how or why individuals are added to the database or subjected to warrantless wiretapping or a process to challenge that determination.

Moreover, since 9/11, the United States has relied on regional allies to help with Arabic translation, intelligence collection, as well as arresting and often torturing suspects, including a number of individuals that were falsely identified and accused.

It is worth mentioning that these allies have terrible human rights records and their own domestic and regional political agendas, but this has been ignored—and is still being ignored—because they are partners in the “war on terror.”

Q: Why is the U.S. lacking in analysts?

A: In part this has to do with different and competing priorities as well as manpower and budget constraints. However, ideology also plays a role. After Sept. 11, the George W. Bush administration dismissed the need for area expertise and language training. Fifteen years later, federal funding for university-based language training, including Arabic, has not kept pace with dramatically increased enrollments. Even though the U.S. military was in desperate need for translators, a number of gay and lesbian translators were forced out of the armed services.

Q: In your book, you discuss the influence of think tanks with neoconservative agendas on U.S. foreign policy after 9/11. How has this stymied U.S. efforts in fighting terror? How does the U.S.—and its allies—start to better understand the Middle East?

This was evidenced most prominently—and disastrously—with the invasion and occupation of Iraq. We are still dealing with the consequences of the U.S.-led invasion of Iraq and its implications across the region and internationally today.

As I discuss in the book, the United States has a vast reservoir of expertise on the Middle East in universities and colleges across the country. However, there is a tendency to view those outside of government with skepticism. Instead, the U.S. government has often chosen to embrace the expertise that reflects and reinforces existing U.S. interests in the region and internationally. This contributes to short-term approaches that emphasize crisis resolution or conflict management and ignore the fundamental problems and root causes of conflicts.