The National Communication Association (NCA) has awarded career achievement awards to two faculty members in the College of Visual and Performing Arts’ Department of Communication and Rhetorical Studies (CRS). The awards will be given in ceremonies at the NCA annual convention in Philadelphia this November. 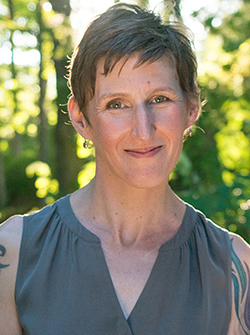 Associate Professor Erin Rand, author of “Reclaiming Queer” and other work on queering rhetorical theory and LGBTQ culture and politics, is the recipient of the 2016 Karl R. Wallace Memorial Award. Named in honor of the distinguished University of Illinois rhetorician who during the 1950s served as president of the Speech Association of America and the American Association of University Professors, the Wallace Award is the NCA’s highest honor in early career achievement in research and also acknowledges scholarly promise with grant support of a future project. Two other current CRS faculty members have received this prestigious award (Professors Dana L. Cloud and Charles E. Morris III in 1998 and 2001, respectively). 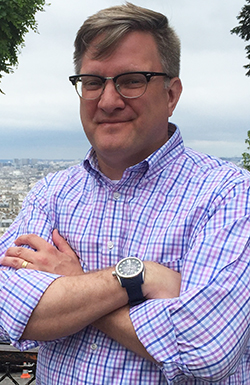 Morris, professor and chair of CRS, has been named Distinguished Scholar by the Rhetorical and Communication Theory (RCT) Division of the NCA. The 1,200-member RCT Division is one of the oldest and largest in the NCA. The division’s Distinguished Scholar Award honors “a figure who has earned renown in the field for his or her scholarship and whose body of scholarship serves as a touchstone in rhetorical and/or communication theory.” Morris is recognized for his books and essays on queer historical criticism and public memory and for co-founding “QED: A Journal in GLBTQ Worldmaking.” Morris is the second RCT Distinguished Scholar in CRS; Professor Dana Cloud was inducted in 2012.