Armstrong to Conclude Tenure as Vice President for Development

After more than 15 years working in leadership roles for development and alumni initiatives, both centrally and within the University’s units, schools and colleges, Deborah Armstrong has announced she will depart the University at the end of September to pursue new opportunities. 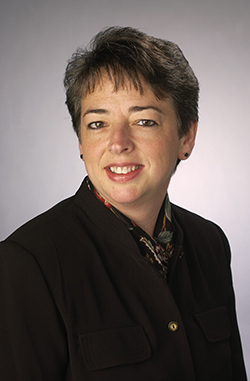 In her current role as vice president for development, Armstrong has engaged the development staff in formulating and executing annual planning efforts by leading the team and expanding and implementing development best practices. Armstrong also served as the associate dean for advancement for the College of Arts and Sciences and led the $17 million campaign for the new Life Sciences Complex.

During her tenure, Armstrong was assigned a number of projects that led to the success of development initiatives, including the Campaign for Syracuse, the creation of a regional development program that included the implementation of volunteer leadership councils in each region and serving for a year as the interim director for alumni relations with the charge of review, evaluation and recommendations for its future growth.

“Deborah’s breadth of knowledge about this University, combined with her extensive campus contacts are impressive and have played key roles in her achievements,” says Matthew Ter Molen, chief advancement officer and senior vice president.  “She is a proven manager, strategic leader and highly successful fundraiser.”

Prior to joining the University in 2001, Armstrong worked in the nonprofit sector for several youth organizations, including YMCA and Big Brothers Big Sisters in the Midwest. She holds a bachelor’s degree in sociology from SUNY Oswego and a master’s degree from Saint Mary’s University of Minnesota.