University Union is proud to announce that James Franco will be speaking at this year’s Traditions Commission event. The show will take place on Saturday, Sept. 17, in Goldstein Auditorium. Doors will open at 7:15 p.m. and the show begins at 8. Tickets will cost $10 for students, $15 for alumni and $20 for the general public. They can be purchased at the Schine Box office or online for alumni and the public. There is a limit of three per person. 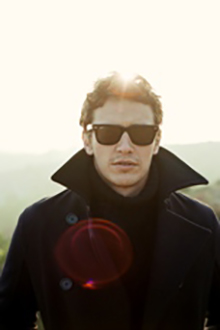 Though James Franco’s more popular work may be on the big screen, his passion to learn and explore takes precedence in his life. He is an actor, director, screenwriter, producer, teacher and author. He began his career on the television show “Freaks and Geeks” and received a Golden Globe Award for his performance in the biographical film “James Dean.” Notable film credits include “Oz the Great and Powerful,” “Spring Breakers,” Harry Osborn in the “Spider Man” trilogy, “Milk,” “This Is the End,” “Pineapple Express” (for which he received a Golden Globe nomination for Best Actor) and “127 Hours” (for which he received Academy Award, SAG and Golden Globe nominations for Best Actor). He has directed and produced several features. His small-screen credits include “11.22.63” and the highly anticipated upcoming show “The Deuce.”

He has been published several times in magazines and through his own books and teaches college courses at UCLA, USC and CAL ARTS, and acting classes at STUDIO 4. Franco also partnered with The Art of Elysium to create Elysium Bandini, a studio that connects a community of artists to create content, reinvesting its revenue into more art programming.

For more information regarding Homecoming Week and its programming, please contact the Traditions Commission at sutraditions@gmail.com and be sure to check out http://orangecentral.syr.edu for more updates on their events.

For further questions or concerns, please contact University Union Director of Public Relations Grant Nygaard at uupublicrelations@gmail.com or University Union President Lexi Kroll at uupresident@gmail.com, as well as following University Union on Twitter at www.twitter.com/uuinsider and Facebook at www.facebook.com/universityunion.