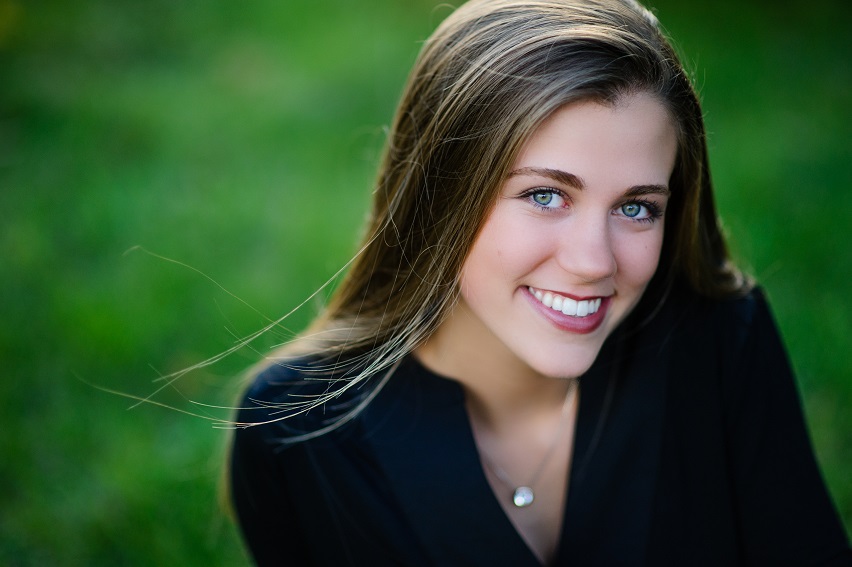 Aspiring singer/songwriter Julia Goodwin is preparing for a busy week.

Tomorrow night she will perform in New York City at Feinstein’s 54 Below with Nick Ziobro, who, like Goodwin, is a past winner of the Michael Feinstein Great American Songbook Vocal Competition for high school students.

On Monday, she will begin her first year as a music industry major in the College of Visual and Performing Arts’ Rose, Jules R. and Stanford S. Setnor School of Music.

Goodwin, who is from Central New York, has already built an impressive resume that includes performing at Carnegie Hall, Jazz at Lincoln Center, the Kennedy Center, Birdland and the Wynn in Las Vegas; competing on NBC’s “America’s Got Talent,” where she reached the quarterfinals and performed at the Dolby Theatre in Los Angeles and Radio City Music Hall; and releasing the album “Feeling Good,” which features Goodwin performing “unplugged” versions of some of her favorite Great American Songbook standards.

She is also one of the first students to take advantage of Setnor’s new jazz and commercial music applied study track, which allows students enrolled in the bachelor of arts (B.A.) music, bachelor of music (B.M.) music education, B.M. music industry or B.M. sound recording technology degree programs to fulfill their performance requirements with a course of study that focuses on jazz and commercial music rather than classical music.

“I wanted to go to a school that would allow me to pursue my music career while attending college,” explains Goodwin. “I ultimately decided to study at the Setnor School of Music because of the outstanding faculty and strong, supportive alumni network. I’m really drawn to the new jazz and commercial music applied study track. I hope that it will provide me with real-world experiences as a performer and future entrepreneur so that I can become a successful, contemporary musician.”

John Coggiola, dual associate professor of music education in the Setnor School of Music and the School of Education and director of jazz studies in Setnor, is excited to launch the new track and offer the opportunity to students like Goodwin.

“This track allows students to develop the highest level of performance technique needed for the diverse musical styles found in today’s jazz and commercial music performance opportunities while at the same time increasing their marketability as 21st-century musicians,” says Coggiola. “Julia is a wonderful example of a young musician preparing to embrace multiple elements of her career by completing her degree program in Setnor.”

Goodwin is ready to start the new year combining coursework in music industry with the numerous performance opportunities the Setnor School affords.

“During my studies at Setnor, I hope to learn about the business side of the music industry and to further my skills as singer/songwriter,” says Goodwin. “I’m also looking forward to collaborating with other students in the classroom, recording studio and on stage.”

To learn more about Goodwin, visit www.juliagoodwinmusic.com. For tickets and more information about her August 24 performance at Feinstein’s 54 Below in New York City, visit 54below.com. Use code NICKJU5 for $5 off the Main Dining Room cover charge.

For more information about the jazz and commercial music applied study track, contact Coggiola at jccoggio@syr.edu.