Alumni in Rio Sharing the Stories of the Olympics 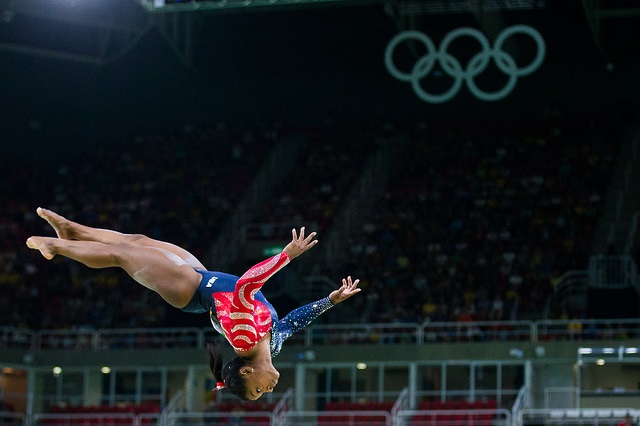 Many Syracuse University alumni are part of covering the Olympic Games for various media companies or working behind the scenes in bringing out the best of the Olympics. In this photo, USA women’s gymnastics team member Simone Biles executes a routine during competition Aug. 7. Photo credit: Gabriel Nascimento / Rio 2016

The nine current and former athletes and coaches from Syracuse University competing at the Rio Olympics are not the only members of the Orange family who have made their way to Brazil for the games.

Along with familiar fellow alumni Bob Costas ’74 and Mike Tirico ’88, both of NBC Sports, many Syracuse University alumni are part of covering the excitement and drama of the Olympic Games for various media companies or working behind the scenes in bringing out the best of the Olympics.

Alumni in Rio include the following:

Twenty-three students from the Newhouse School are also in Rio as part of the team covering the Olympics. They are paid interns with NBC, working alongside national and international communications professionals who are bringing the games to the world.

Follow all the Orange fun at the Olympics using #CuseInRio.