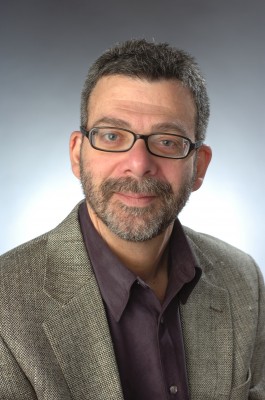 The National Science Foundation and the Economic and Social Research Council of the United Kingdom have awarded $597,000 to a project led by Professor John Burdick (anthropology) to observe differently organized social housing projects in downtown Rio de Janeiro, to see how each impacts, and is impacted by, the people who live in them.  Burdick’s six-person research team (four of whom are Brazilian) includes three anthropologists, a geographer, an architect, and a grassroots housing advocate.

Over three years, the team will observe a state-planned housing project that aims to provide housing titles to its residents; two buildings managed by a partnership between a housing rights organization and the state; a building physically occupied by squatters who are negotiating rights to turn the building into a self-managed cooperative; and a building of state-subsidized rentals.

One of the most urgent challenges facing large cities in the global South is how to provide affordable, dignified housing to low-income populations. Though for many years, governments in the global South have pushed these populations into urban peripheries, a growing number of social movements have pushed back, sometimes joining with allies within municipal, state and federal governments, to create affordable housing in centrally-located urban neighborhoods. While this new approach is promising, little is known about its impact on the people it seeks to benefit.

In Rio de Janeiro, Brazil, the goal of providing dignified, non-peripheralized housing to the quarter million residents of the city who cannot afford it, has generated an array of models, each backed by its own assortment of social movements, urban planners, government ministries, NGOs, and ordinary citizens. Not surprisingly, the backers of each model proclaim its potential to integrate the poor into the life of the city, improve their economic and social lives, and create conditions in which they can pursue their citizenship to the fullest. Yet it is only by carefully tracking these models over time, and in close comparison with each other, that the research team believes one can understand the ways and extent to which each housing model actually comes close (or not) to realizing its potential.

Over the course of three years, the team will undertake close ethnographic analysis of each of these projects, and ask to what extent and in what ways each affects its residents’ lives. How do different projects influence, in different ways, the income and material lives of their residents? Their relations with each other and with the people in the immediate neighborhood? Their lives as citizens? Their lives through the lenses of gender, sexuality and family? To address these questions, the research team will participate in the everyday functioning of the different housing projects, and conduct in-depth interviews with their residents.

“Having a three-year grant that can support a six-person team is essential to our task of generating new insights about the interface between sustainable housing, the state, and social movements,” Burdick says. “Much work on these matters tends to have a shorter-term time horizon and to focus on one or two housing projects at a time. The generous funding of the NSF and ESRC will make possible the discovery of processes and factors that become clearer only over time and through close comparative study of multiple cases.”

By bringing together anthropologists, a geographer, an architect/urban planner, and a housing advocate, the project serves as an example of collaboration between disciplines, and seeks to contribute to international policy discussions about affordable housing throughout the global South. The grant is expected to run through July 2019.