Commemorating National Hispanic Heritage Month 2016, Point of Contact Gallery is hosting an opening reception for “WOE: Globalized Sadness,” an exhibition by Argentine artist Juan Cavallero on Friday, Sept. 16. The reception will take place from 6-8 p.m. and is free and open to the public. 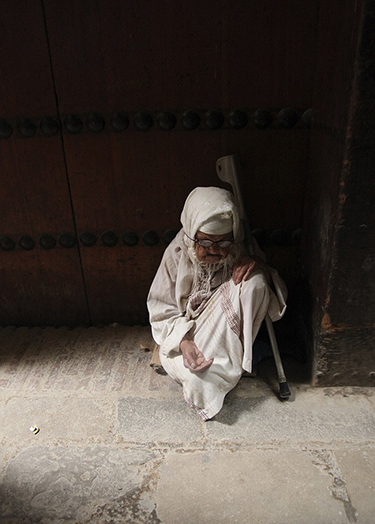 One of the photos in Juan Cavallero’s exhibition “WOE: Globalized Sadness”

Refreshments will be served. Free parking is available the night of the reception in the Syracuse University lot on the corner of West and West Fayette streets.

“WOE: Globalized Sadness” is an exhibition by Argentine artist Juan Cavallero that explores the borderless nature of human desperation and poverty. In this exhibition, Cavallero uses both photography and video to compel viewers to confront uncomfortable situations that are often ignored. By doing so, Cavallero aims to give back identity to countless individuals from around the world who have become invisible and forgotten. Cavallero states: “I obligate myself to take a picture of their faces to show to the unsuspecting people this whole world of sadness they ignore. They pass through the street and the homeless are invisible to them.”

Cavellero was born in Buenos Aires in 1941. In 1957, he went to the American Art School to study comic strips with Hugo Pratt, Alberto Brescia and Miguel Ángel Borisoff. He began residing in Río de Janeiro in 1960, where he also studied drawing, painting, arts and visual communication at the Escuela Superior de Bellas Artes of Rio de Janeiro. Throughout the years, Cavallero has directed and produced cartoons and documentaries, illustrated children’s books and magazines, taught design and illustrated for the journal El Nacional of Venezuela, Columbia Records, CBS, Phillips, Tolima and Odeon. Cavallero has operated his own design studios since 1968. His designs have also been influenced by his time spent in France, Italy and Venezuela. His first solo show was in 2007 at the Palais de Glace, introducing his works on: design, pictures, paintings, sculptures, poems and drawings. He showed his pictures of homeless people from around the world at the Photography Biennale El Festival de la Luz in 2016.

“WOE: Globalized Sadness” will be on view at Point of Contact Gallery until Oct.22. The gallery is open Tuesday through Saturday, noon-5 p.m. or by appointment.

Exhibitions at Point of Contact Gallery are supported by the College of Arts and Sciences and the Coalition of Museums and Art Centers at Syracuse University.