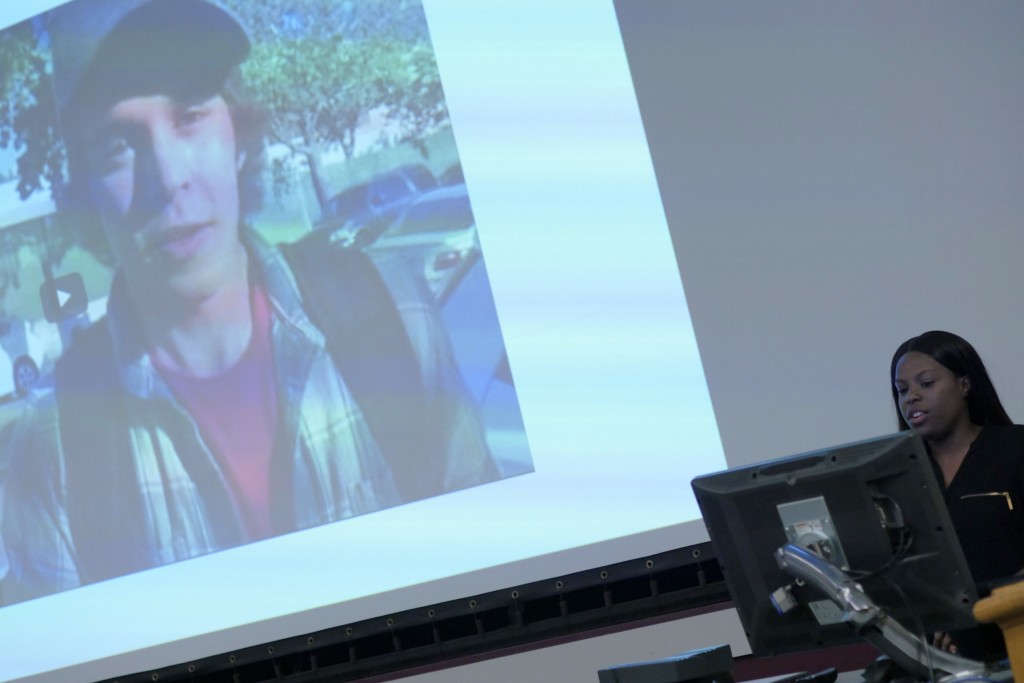 Fourteen students in the McNair Research Symposium summarized their research for the McNair summer academy earlier this week in Shemin Auditorium.

Roshad Meeks is a self-described “military brat.” His father served in the U.S. Army, and Meeks spent much of his childhood in Germany. He was 11 or 12 when his family returned to Columbus, a little Mississippi city of about 23,000 people where the Meeks family had lived for generations.

Roshad’s dad, almost immediately, taught his son a quiet lesson about the meaning of being home:

“If you want to learn to be a man of the community,” the father said, “you go to the barber shop.”

Roshad became a regular at Jordan’s, in a building “right next to a grocery store, across the street from the middle school.” He’d sit quietly and listen as older men talked about sports or politics. He’d watch as men of standing in the community—the mayor, the district attorney, the minister of a nearby church—settled comfortably into Bobby Jordan’s chair.

It was a place of comfort, of security. Yet as the years went by, Meeks—who’ll be a senior at Syracuse University this autumn—witnessed how the struggles of the city began taking a quiet toll on the fabric of the shop.

He offered his observations Tuesday at Shemin Auditorium in Schaffer Hall, where 14 students in the McNair Research Symposium summarized their early research for the McNair summer academy. They will continue that work for the coming year, until they unveil their results at next summer’s academy.

Chancellor Kent Syverud, Vice Chancellor and Provost Michele G. Wheatly and Bea Gonzalez, dean of University College and special assistant to the Chancellor, greeted the McNair scholars Wednesday, the second day of their presentations. The initiative is part of a federal TRIO program named for Ronald McNair, an astronaut killed in the 1986 explosion of the space shuttle Challenger. 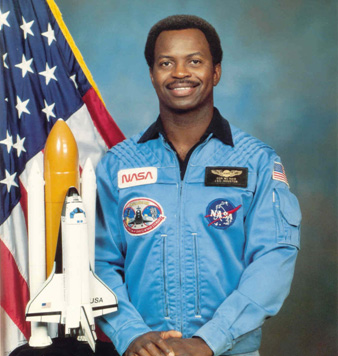 McNair was the second African-American astronaut to travel in space; he also earned his Ph.D., at 26, in laser physics. Lauren Malloy, McNair program coordinator at Syracuse, said the initiative is intended to assist high-achieving young women and men from struggling and marginalized communities, students who aspire to doctoral studies.

At a large university, surrounded by students from an entirely different experience, it can be easy to feel lost.

“This fosters a community,” Malloy said, “a safe place to execute your dreams.”

Meeks called his presentation, “Leaving the ‘Hood: A cost analysis of migration on Jordan’s Barbershop.” His work speaks to the statistical realities of departure in Columbus, how a lack of jobs and opportunity causes families to leave the city, how too many young men, stripped of hope, end up in prison, how that absence puts a strain on a fragile neighborhood—and how that struggle wounded Jordan’s, the soul of a community.

“I talk to a lot of people back home and they’re always talking about how boring it is, how they want to get out,” Meeks said. What they are missing, he said, is the quality that held together Jordan’s. His research caused him to reflect on the consequences of his own departure—why he left for Syracuse, why he remains spiritually intertwined with the place where he came of age.

“That’s what I hope to establish,” he said. “With impoverished families in impoverished neighborhoods, you see the decline not only of the economy, but of cultural centers.”

More than a dozen students brought similar passion to their presentations. Taylor Robinson, born at the Six Nations territory in Ontario and raised at the Onondaga Nation, is exploring why so many native children feel estranged from traditional education, why suicide rates for native young people remain unbearably high. 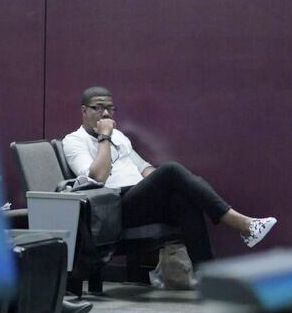 A student listens to presentations.

Genesis Felizola spoke of the struggles faced by Latino families raising children born with developmental disabilities, how barriers of language and culture can amplify the struggle of finding the best and most effective support and services.

Felicia Campbell went to the heart of national trauma: Her research, titled “I can’t breathe,” looks at the way high-profile and repetitive media images of police violence against African-American men affects the self-image and world view of that community.

As for Meeks, his goal is a Ph.D. in history. He is also a keen observer who intends to spend much of his life writing. Jordan’s Barbershop, he said, has been an institution in Columbus for almost 80 years. Amid great change, the owner is doing what he can to survive: He sells snacks and puts growing emphasis on hair care products.

It remains hard to compensate for the power and meaning of all that’s being lost.

That struggle, Meeks said, is a result of “outmigration”—not only of people, but of the qualities that define community. He remembers, powerfully, the sense of belonging he always felt in the barber shop. He said too many city neighborhoods are losing that kind of warmth and cohesion.

Take it away, and what you risk is the true sense of being home.