How Sunglasses Became Cool for the Summer 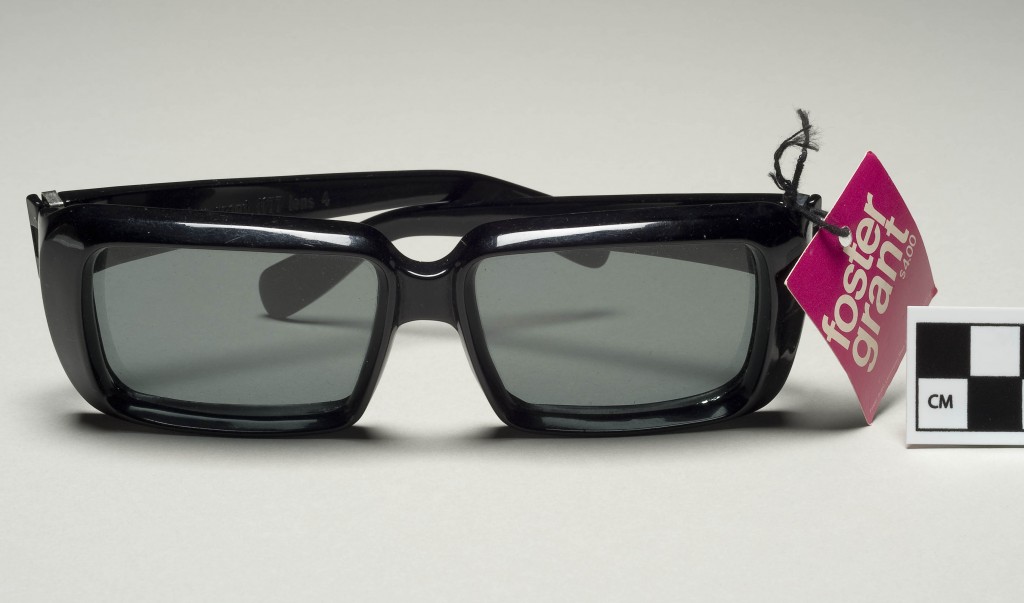 Sunglasses became a necessity in the early 20th century with the advent of cars and more time to spend outside. This photo from the Foster Grant collection in the Plastic Collection at SU Libraries shows a pair manufactured sometime between 1960-1980. Photos courtesy of Plastics Artifacts Collection, Special Collections Research Center, Syracuse University Libraries

All it took was Henry Ford and women joining in outdoor sports to revolutionize coolness.

Sunglasses—the ultimate accessory in cool—became a necessity in the early 20th century with the advent of cars and more time to spend outside. They evolved into a statement of style.

“With the major change in women’s fashion in the 1920s—replacing the corseted lady-like floor-length gowns with above-the-knee dresses worn corset free—‘flappers’ included outdoor sports and sunbathing into their activities, while their male counterparts supported Henry Ford by buying automobiles that required sunglasses for safe driving,” says Jeffrey Mayer, associate professor of fashion design in the School of Design in the College of Visual and Performing Arts (VPA).

As part of the new trend, businessman Sam Foster launched an iconic sunglasses brand in 1929 when he started selling inexpensive plastic sunglasses on the Atlantic City Boardwalk, says Mayer, who is also curator of the Sue Ann Genet Costume Collection.

A representation of that brand lives on the Syracuse University campus.

The Foster Grant Collection in the Plastics Collection at Syracuse University Libraries’ Special Collections Research Center (SCRC) tells the story of decades of sunglasses styles, production and function. The collection, which includes photos of sunglasses and mold casts, ads and product literature, was transferred from the National Plastics Center and Museum in 2008.

The Foster Grant company was founded in 1919 to produce hair accessories and developed quickly with its first commercially successful injection molding machine in the United States, says Emily Stokes-Rees, assistant professor of museum studies in VPA’s School of Design. 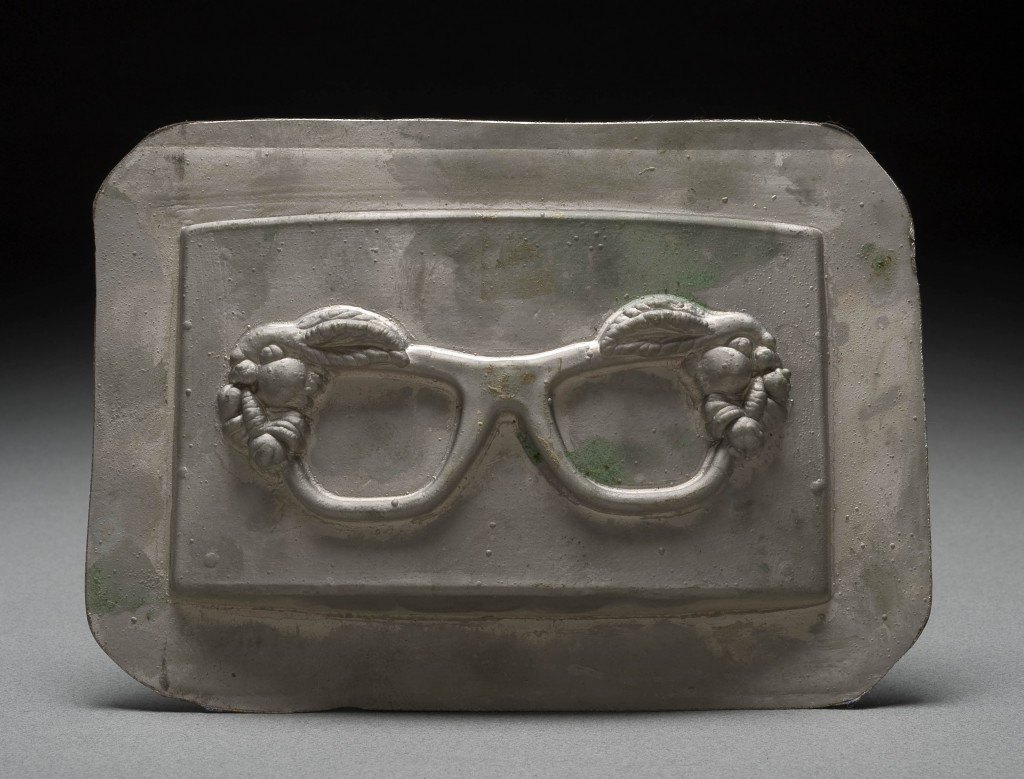 The machine melts plastic pellets and the liquid plastic is then forced into a mold, which can be changed, allowing one machine to make many different items—a groundbreaking innovation at the time, says Stokes-Rees, who is a faculty fellow in the SCRC this summer and is working with the Plastics Collection.

By the late 1950s, over 25,000 U.S. retailers sold Foster Grant eyewear and, in the following decade, it was the leading sunglasses manufacturer in the world.

“They also marketed their eyewear through a focus on the ‘dangers’ of sunlight on the eyes, promoting Foster Grants as protection from ‘sun-squinting wrinkles’ for women, and safer ‘glare-free’ driving for men,” says Stokes-Rees, whose spring curatorship course will be putting together a new show in the Plastics reading room.

Sunglasses are, of course, so much more to the wearers. 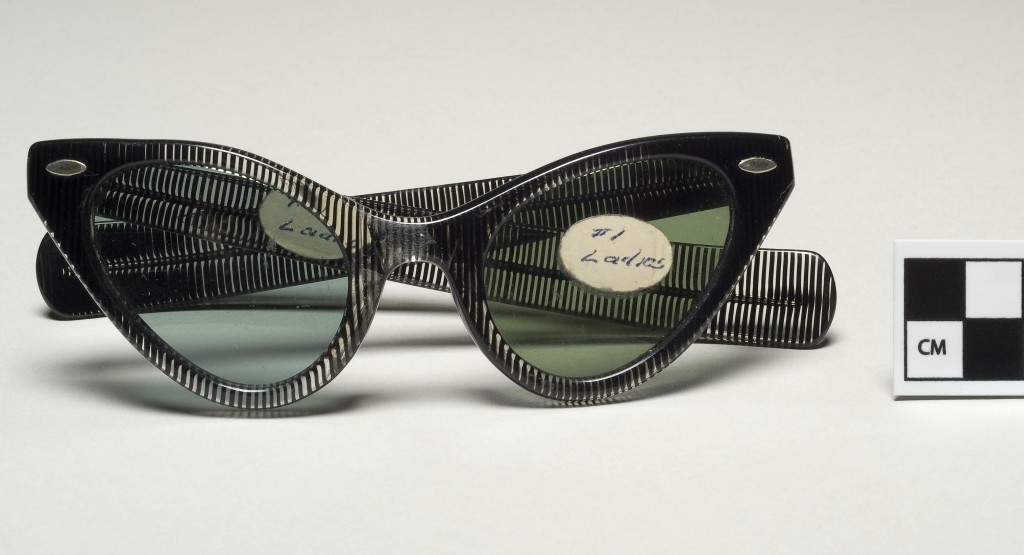 “Sunglasses, once they left the realm of being simply a functional item, began to follow fashion, innovative material trends and popular culture,” Mayer says. “The kitty-eye glasses of the 1950s mimicked the shape of the new black eyeliner worn by all of the top models, and, when the youth of the early 1960s wanted to emulate the teen stars in their favorite beach blanket films, it created the demand for bright colors and patterns.”

By the late 1960s, wrap-around sunglasses embraced new synthetic materials that allowed curved lenses, resembling space helmets worn by astronauts, Mayer says. In the 1970s, Jacqueline Onassis popularized large round glasses, helpful to avoid the clicks of paparazzi and complimentary to the trendy long straight hair of the decade.

What makes a pair of sunglasses cool? 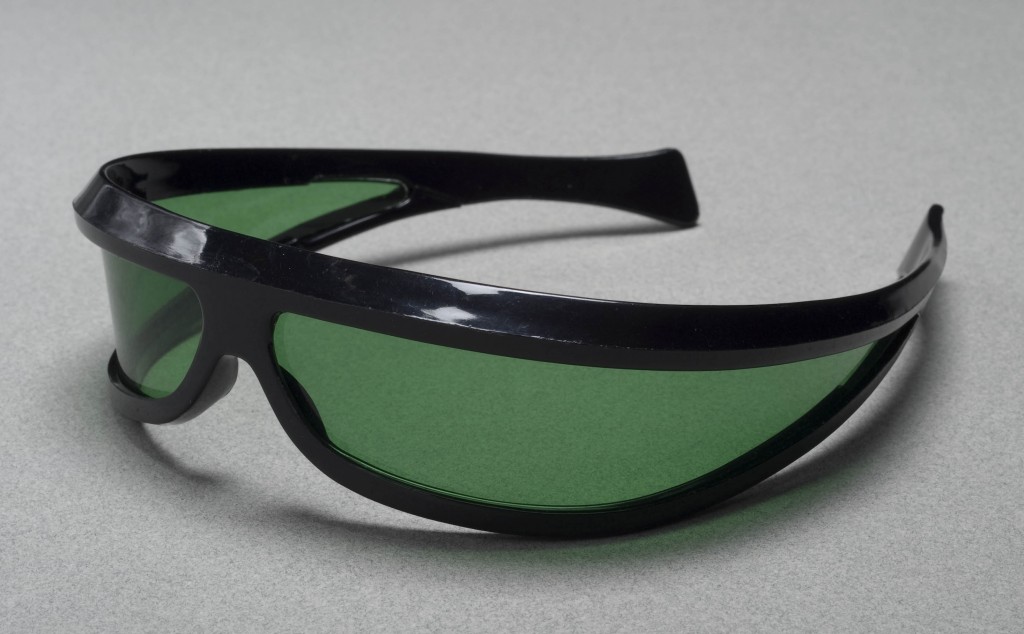 “Sunglasses are cool when the shapes are in sync with the current design zeitgeist and are worn by a superstar in the field of fashion, film or music,” Mayer says. “Actors and music entertainers have probably sold more sunglasses than any paid advertising.”

Mayer noted such actors as Cary Grant and Audrey Hepburn, such musicians as Roy Orbison and current fashion leaders Anna Wintour and Chanel designer Karl Lagerfeld, both of whom wear sunglasses to maintain a sense of mystery in the fashion world.

For Stokes-Rees, her favorite pair in the Foster Grant Collection is a funky pair of black wrap-around sunglasses (pictured above).

“Even though those are from the mid-’60s, I am old enough—as a child of the 1980s—to remember when this kind of ‘wrap-around’ sunglasses were the coolest thing to exist, and I had a very similar pair, only they were white-rimmed with a black stripe,” Stokes-Rees says. “I wore them constantly.”

She is also intrigued by a great pair that is hexagonal in shape (pictured below) and fascinated by another important asset in the collection: the molds, such as one of a child’s pair. 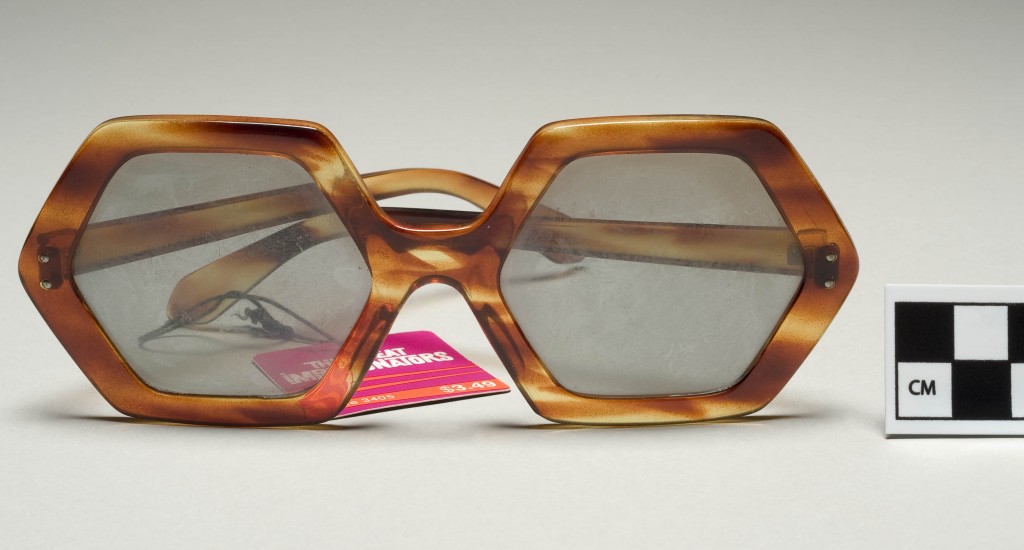 “I love that the collection contains examples of the molds used to make the glass frames,” Stokes-Rees says. “For someone without any kind of industrial design or plastics background, it really helps me to envision how they were made.”

Mayer’s favorite is the “Goin’ Steady Sunglasses for the Go-Go Set,” a 1962 white wrap-around pair, apparently for the cool kids. “Love the packaging,” Mayer says.

Another favorite is the unique tortoise-colored mask sunglasses with tie cords for the back of the head (pictured below). “It’s a cool concept, if difficult to wear!” Mayer says. 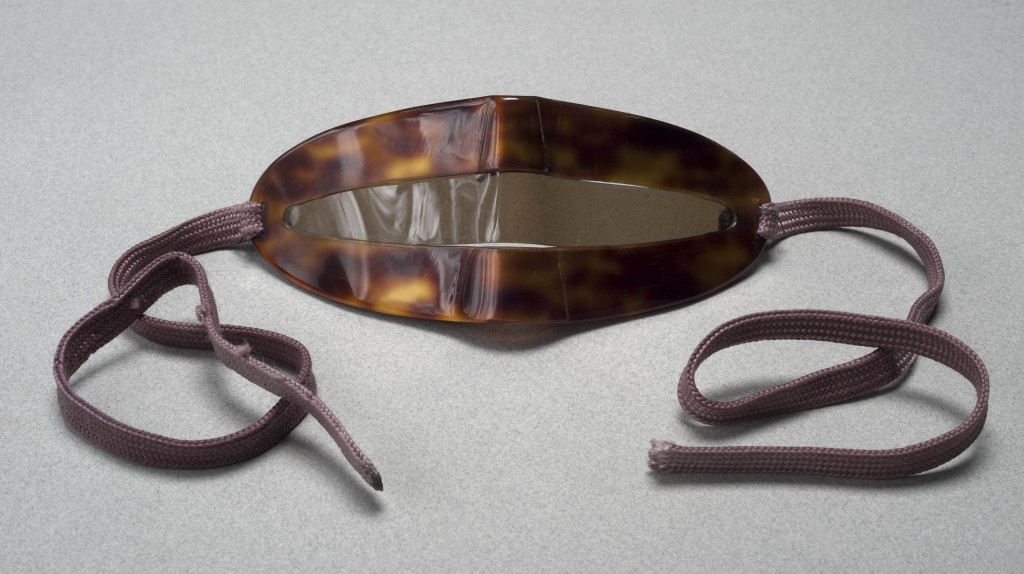