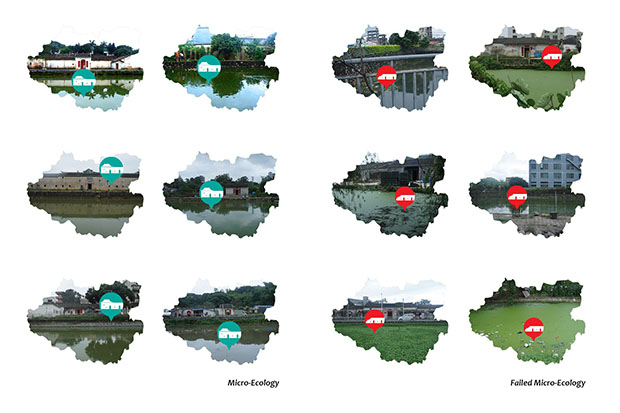 Part of Syracuse Architecture’s display at the “Rural-Urban Re-Inventions: Bridging the Gap Between China’s Cities and Countryside” exhibition at Shenzhen Design Center

“Rural-Urban Re-Inventions: Bridging the Gap Between China’s Cities and Countryside,” an exhibition of research by five design firms and 11 architecture schools from around the world, including Syracuse Architecture, will be on public display from July 29-Aug. 14 at the Shenzhen Design Center in Shenzhen, China. The exhibition will largely focus on how massive-scale migration and urbanization over the past 30 years have impacted quality of life in China’s villages and towns that once served as the foundation of Chinese culture and now struggle for economic survival.

During the past 30 years, hundreds of millions of people have moved from China’s rural areas to its cities. While much research has been done on the impact of the migration on the nation’s metropolitan areas, little has focused on the villages and towns. This exhibition will examine some of the research now being done on rural and urban China, and explore some of the design ideas being proposed to develop a healthier relationship between booming cities and the declining countryside.

The Syracuse Architecture exhibition, “From Guest to Host: Hakka Villages and the Pingdi Low Carbon City,” focuses on ways in which current efforts to transform Pingdi—a subdistrict in northeastern Shenzhen—into a “Low Carbon City” pilot zone builds on the knowledge and daily practices of traditional Hakka families. The Hakka people are Han Chinese whose ancestral homes are chiefly from the Hakka-speaking provincial areas of Guangdong, Fujian, Jiangxi, Guangxi, Sichuan, Hunan, Zhejiang, Hainan and Guizhou.

Under the leadership of Fei Wang, assistant professor and coordinator of the M.S. program, the research brings into question the relationship between sustainable development brought on by official modern interventions and the unique architectural typology and social structure of the past put in place by the Hakka people.

Participation in this event is an extension of Syracuse Architecture’s involvement with green technology discussion and development within the Low Carbon City. In June, architecture students’ low-carbon designs were on display at the International Low Carbon City Forum, also held in Shenzhen. Wang’s students have previously attended that conference and Wang himself has been a presenter of ideas. In 2015, in Syracuse, Wang’s studio students tackled a competition challenge put forth by Shenzhen Institute of Building Research (IBR) to design the city’s Future Low-Carbon Building and Community Innovation Experimental Center (Future Center) in the Pingdi district. Three of Wang’s post-graduate students won second-place—plans moved forward for construction using their design, “WESPACE.”

The City of Shenzhen was established in 1979 by China’s central government and the Guangdong provincial government as a new economic zone that would extend two hours beyond Hong Kong, along the opposite shore of the Pearl River. Since that time the city has grown from a fishing village with a population of 20,000 into a global hub for design and technology, with a population of 18 million. In 2012, the Shenzhen International Low Carbon City was created in the Pingdi sub-district—the most underdeveloped area of Shenzhen and typical of many cities undergoing industrialization—as a flagship project of the EU-China Urbanization Partnership, with the intent of exploring explore sustainable improvements.