July 14 marks the one-year anniversary of Rexdale Henry’s death, and the Cold Case Justice Initiative (CCJI) at Syracuse University’s College of Law continues to demand a full federal inquiry into the circumstances of his demise and delays by the State of Mississippi to release information about his death. 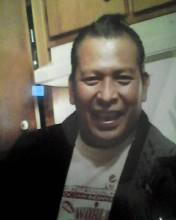 “These delays are inexcusable one year after Mr. Henry’s death and his family’s request for information and answers,” says Janis McDonald, a law professor and co-director of the CCJI. “The Mississippi Medical Examiner’s Office has steadfastly refused to release the official autopsy while Neshoba County officials have not released videotapes surrounding the death and discovery of Mr. Henry’s body in the Neshoba County Detention Center in Philadelphia, Mississippi, on July 14, 2015.”

Henry was stopped and accused on suspicion of a minor traffic offense by city police in Philadelphia, Mississippi, on July 9, 2015. Like many other members of the Choctaw Tribe who live on their lands not far from Philadelphia, Henry was frequently stopped by Neshoba city and county police. Henry was arrested on the basis of an alleged traffic offense and outstanding minor traffic fines.

“The funds received from repeated minor traffic fines and the inability of individuals to pay represent a significant percentage of the city’s income, not dissimilar to the situation described by the Department of Justice in its report on Ferguson, Missouri,” says Paula Johnson, also a law professor and co-director of the CCJI at Syracuse University. “Henry was arrested, taken to the Neshoba County jail and held for five days until he was found dead in his cell.”

Immediately after the discovery of his body, an autopsy was performed by the state’s chief medical examiner from Jackson, Mississippi. Despite requests from the family of Rexdale Henry and his attorneys, Chokwe Lumumba and Charles E. Lawrence of Jackson, Mississippi, neither Neshoba County coroner’s office nor the State Medical Examiner’s Office has provided them with autopsy results. The Syracuse Cold Case Justice Initiative and the Mississippi Martyrs’ Memorial Fund have helped the Henry family conduct independent investigation into Henry’s death.

In 2015, the Center for Juvenile & Criminal Justice released a report showing Native Americans die at the hands of or in the custody of law enforcement at a much higher rate than their numbers in the population compared to other minorities or Caucasians.

Sixteen days after the alleged date of Henry’s death, Neshoba County prosecutors arrested Justyn Schlagel for his murder. Schlegel was also an inmate who shared a brief time in the same cell with Henry. On Monday, July 11, Schlegel’s attorney requested a delay in the scheduled trial until November.

Neshoba County, Mississippi, was the site of the deaths of three civil rights workers James Chaney, Andrew Goodman and Michael Schwerner during Freedom Summer in 1964. In. November 2015, Michael McDougle, an African American man, was found dead in his cell in Neshoba County Detention Center.

“Repeated traffic stops and harassment of African Americans and Native Americans lead many members of these communities to question whether there has been significant change in recognition of their rights or the valuing of their lives by Mississippi officials,” says McDonald. “The Department of Justice must conduct an investigation to bring justice and accountability for Rexdale Henry’s death to his family and community.”