Geraldine de Berly has been chosen as the founding vice provost for continuing and professional education (CPE) at the University of Massachusetts Amherst beginning Sept. 1. 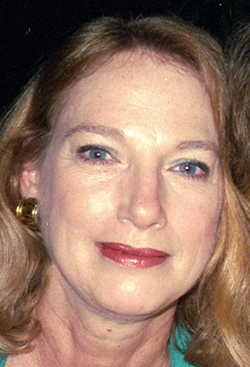 De Berly has been at University College for 18 years, serving as senior associate dean providing leadership and management of strategy and program development for distance learning, hybrid and conventional courses. In addition, de Berly has been the director of the English Language Institute, promoting a domestic, national and international agenda.

In the realm of international programs, de Berly has developed offerings to attract international students to campus. The Brazilian Science Without Borders Program (BSMP) enrolled students in credit and non-credit courses generating nearly $7 million since 2012. De Berly has also taken the lead on numerous projects such as Fulbright English for Graduate Studies, executive English courses for Deloitte Touche executives, EducationUSA Academy for high school students, legal English for lawyers and most recently the Mexican and Turkish government scholarship students.

In addition to her experience with continuing and professional education, de Berly has written and administered grants worth more than $9 million from privately and publicly funded projects and held faculty positions in the field of English as a second language.

A frequent presenter at state, regional, national and international conferences, de Berly has given workshops on language teaching methodology to English teachers in Costa Rica, North Korea, Japan and China. Her publications include materials for English language teaching as well as journal articles.

A Cuban refugee, de Berly was educated in Miami public schools, spent summers in Europe and completed an A.B. in political science at Stanford University. For 10 years, she lived abroad in Australia, Belgium, Costa Rica, England, Scotland and Switzerland. In addition to English and Spanish, she is fluent in French and Italian. She earned a master’s degree in applied linguistics from the University of Essex in the United Kingdom and a doctorate in educational administration from New Mexico State University.

At UMass Amherst, de Berly will be responsible for the growth, oversight and overall leadership for continuing and professional education. She will work to enhance offerings and outreach through program development, new business opportunities addressing adult and student populations, workforce development and niche programming opportunities.