Refugees and Their Changing Family Experience 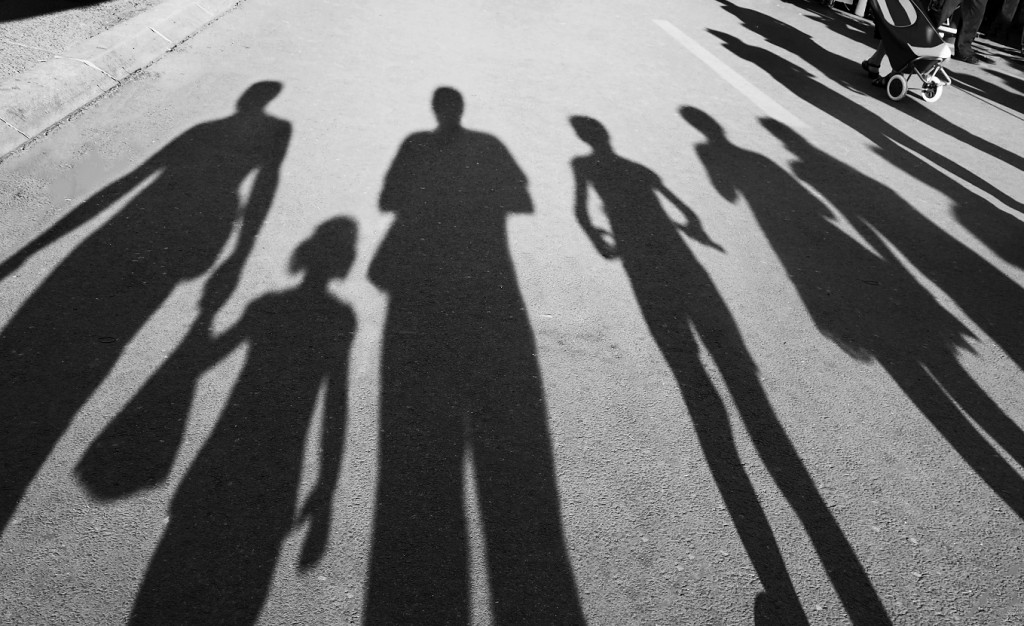 Assistant Professor Rashmi Gangamma is exploring the changing family dynamics of refugees as they resettle in a new country. The work could ultimately inform therapy interventions.

Refugee families risk their lives to escape war and violence. Their first priority is their safety.

But what happens when they settle in new homes in different countries free from conflict? Everything has changed—they’re separated from family, they’ve lost their homes and livelihoods—and their past struggles still live in them.

Assistant Professor Rashmi Gangamma wanted to understand the family experience for refugees in the midst of loss, upheaval and resettlement, and has undertaken research to explore how they make meaning of their relationships. The work could ultimately inform therapy interventions. 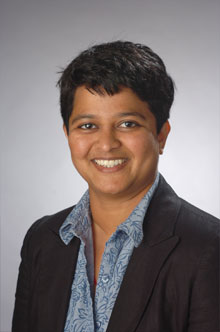 “I was interested in knowing more about their lived experience, what happens to family relationships when they are abruptly—and very violently sometimes—displaced from their home country and then moved to different places and ultimately resettle in a host country,” says Gangamma, who is in the Department of Marriage and Family Therapy in the Falk College of Sport and Human Dynamics.

After joining Syracuse University in 2012, Gangamma was introduced to the work by one of her colleagues, Daran Shipman, who had worked with the refugee population.

“As I did more research, I realized there’s so much more research to be done—especially when it comes to wellbeing and mental health,” says Gangamma, a family therapist. “It’s a fairly new area of research for me but something that I very quickly became passionate about.”

Gangamma received a $5,000 seed grant through Falk College to study the family experiences of Iraqi refugees resettled in Syracuse. Last year, she conducted interviews with 11 individuals who were displaced following the 2003 U.S.-led war and now live in Syracuse.

“My interviews were focused around the context of displacement, whether they experienced a change in their relationships, how the relationships evolved, how were they maintained and any changes in family interactions with each other,” Gangamma says. “Since I’m also a clinician, most of my work has been with an eye toward what we can do to plan better interventions.”

Some individuals had arrived in America with a partner and children, but there were also individuals who had arrived by themselves, separated from family. Most of them had moved to the United States between 2008 and 2013 and had been witness to ethnic tensions and violence.

“Some participants talked about being targeted to the extent that they had to leave almost overnight,” she says. “Those who were not directly targeted were exposed to other forms of violence. They were witnessing violence in their neighborhood or witnessing health consequences of being exposed to depleted uranium-tipped ammunition used during the war.”

The refugees all talked about not feeling safe, not being able to trust others, a lack of opportunities and a deterioration in the quality of life in their home country—very different as compared to their life before the war, Gangamma says. When they moved to neighboring countries, there were difficulties in finding work and their struggles continued.

“The sense of loss didn’t end when they left Iraq. They have left behind their family, property and the life that they knew,” Gangamma says. “That doesn’t go away. It’s all interwoven in their narratives.”

Despite their past experiences, language barriers or discrimination, “participants were very much invested in making a better life for themselves,” which may not be the case for all refugees. “One of the things that stood out was how forward-focused and future-oriented they were,” Gangamma says.

Effects on the family

With all of these challenges, there were, of course, effects on their family relationships.

“Almost all of them said there was a change—and how could there not be a change? Most of them said they moved closer to each other, because they are the only ones they can rely on,” Gangamma says.

Without forming outside networks, including other members of the local Iraqi community, the family becomes the only social support and eventually there may be a strain on the family. “I would be interested to see how that plays out in the parent-child relationships. For instance, as children get older, what kind of consequences will that have,” Gangamma says.

Another aspect in the changing relationships was that of gender roles. Women experienced their male family members being more engaged in child care and household responsibilities, Gangamma says.

She wants to look further at those changing gender roles and whether they conflict with traditional beliefs, how family members resolve those issues. Questions such as these would be important while providing culturally sensitive treatment services, Gangamma says.

Gangamma, who presented her work at last fall’s National Council on Family Relations conference, hopes to expand the number of research participants, including Syrians; explore more in-depth understanding of issues, such as cultural loyalty, and whether that has an impact on health and wellbeing; and possibly do an international multi-site study.

“In one sense, I’m really excited about the possibilities because there is so much that needs to be done,” Gangamma says. “But it’s also unfortunate that we still have so much to do.”