Frank Langella ’59, Daryl Roth ’66 and David Rockwell ’79 all came away with wins from the 70th annual Tony Awards Sunday night. They were among nine Syracuse University alumni who were nominated for their accomplishments on Broadway over the past year. The awards were dedicated to the victims and survivors of the Sunday morning attack at Pulse, a gay nightclub in Orlando, Fla. 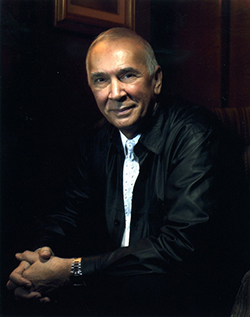 Langella won for Best Performance by an Actor in a Leading Role in a Play for “The Father.” He graduated from the University with a degree in theater arts, and is considered among America’s greatest stage and film actors, known for his onstage presence and versatility. Over the course of his career, he has won international acclaim and has been the recipient of more than two dozen nominations and awards, including Tonys, Oscars, Emmys, Golden Globes, Cable ACE Awards, Obies and critics’’ awards.

Other Syracuse University alumni nominated for Tonys were: