Q& A: Robin Riley on the Significance of Having a Female Presidential Nominee

No matter whether you plan on voting for her, Hillary Clinton has accomplished something that no woman before her has. She has become the presumptive presidential nominee of one of the two major U.S. political parties. Robin Riley, assistant professor in the Department of Women’s and Gender Studies in the College of Arts and Sciences and director of LGBT studies, does research on how constructions of gender, race, class and sexuality work to perpetuate oppressive and destructive processes. She answered some questions about what Clinton’s accomplishment means.

Q. What is the importance of this moment for American women? 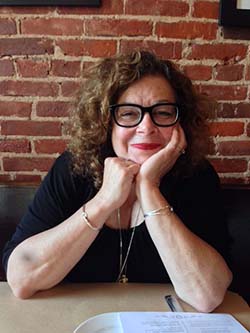 A. This is a very important moment for American women. It is always good for historically underrepresented groups when a member of that group has increased visibility. Seeing people like themselves in positions of power inspires, in this case other women, to imagine possibilities for themselves, to aim higher. Hillary Clinton now is close to becoming the most visible woman in the world. It signals that women, or at least this woman, is seen as a legitimate political leader. Of course, the import of the moment is tempered by a number of things. First, many women do not support her for various reasons, so while some are delighted to have a woman candidate, others point to her rise to power that in many ways comes about as a result of her husband’s power and position and suggest that because of how it happened, the true victory of a woman running simply on her own record and with her own name recognition has yet to occur. Some worry that her past statements on race are indications that she doesn’t fully appreciate the difficulty of living a life as a person of color in the United States, signaling a retreat from the Obama administration’s engagement on these issues. Other women believe that her hawkishness on foreign policy as secretary of state might indicate an overfondness for military solutions to international problems, which might be in tension with the beliefs of many women. It is nonetheless an uplifting moment for women in the United States to have a woman be the nominated candidate of a major party, in spite of the fact that there are still far too few women elected to the House or Representatives and the Senate, and it is still remarkable when a state has a woman governor. Hopefully this breakthrough will encourage more women interested in public service to run for these positions until it becomes ordinary for women to seek elected office with the same frequency and chances at election that men have.

Q. It has been almost 100 years since women in the U.S. gained the right to vote. How did suffrage change life (or did it) for everyday women?

A. Suffrage didn’t really change everyday life for U.S. women. It took 72 years for women to get the right to vote in the U.S. That was a long struggle, and it was only the beginning. It is not as if women got the right to vote and then everything was great for them. There’s been a lot of feminist sweat and struggle that has occurred from that day to this. Life has changed for all Americans since then, but mostly as a result of ongoing struggle. Activist movements like the Civil Rights movement, the second wave of feminism and the gay rights movement continued the work begun with suffrage. Post women’s liberation in the 1960s and ’70s, the U.S. saw more and more women entering the workplace, but as has been discussed a lot of late, women are still not paid the same as men. More recent feminist activism has changed thinking around race, around marriage, around what constitutes a family, and all of that struggle has led us in a way to this moment where a woman candidate can be seriously considered for the presidency. And of course Hillary Clinton is standing on the shoulders of the folks from these movements as well as those of earlier women in politics, such as Shirley Chisholm, Barbara Jordan and Patricia Schroder. Change for women in politics in the U.S. has been hard fought and incremental and the struggle continues.  Much of what we have seen this election cycle has been about resistance to having a woman candidate, though the rhetoric is couched in anti-Hillary language about Benghazi or emails. Some women have insisted that Bernie Sanders’ popularity was less about his positions and more about resistance to having a woman candidate.

Q. What does does having a female presidential nominee mean for the average woman?

A. I don’t know if we can know that yet. I can speculate that it’s going to help inspire women to keep their heads up in difficult situations as they can begin to imagine themselves as having power or access to power. Hillary Clinton has indicated that she intends to attend to issues that have historically been considered “women’s issues,” like a living wage, universal health care coverage and equal pay for equal work that will certainly impact women’s lives for the better.

Q. With a major crack having appeared in the glass ceiling, what do women’s rights advocates need to focus on next?

A. The struggle for opportunities for women is not over. As mentioned above, women continue to be paid 70-some cents to the male dollar. Women still do not have proportionate representation in local governments, much less either the federal House of Representatives or the Senate. Recent events have shown us that African American women suffer violence disproportionately at the hands of the police, and indigenous women experience levels of rape and sexual assault much higher than those of other women in the U.S. College campuses are unsafe for all young women as they risk rape and sexual assault as they seek to attain the degrees so necessary for workplace success, and transgender women are much too often the victims of violence in our communities. There is still so much work to be done.