University Singers in Performance of a Lifetime in Bulgaria 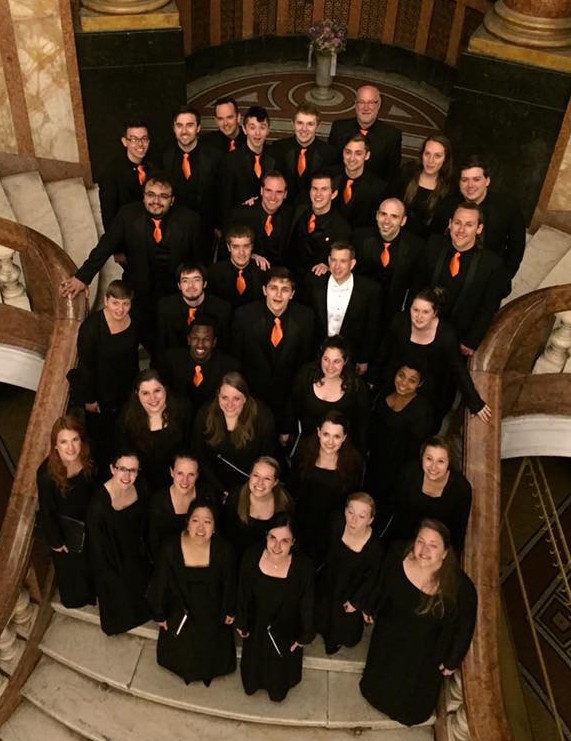 The University Singers with director John Warren gather on the steps of the Great Hall of Sofia University in Sofia, Bulgaria.

The University Singers had the experience of a lifetime—singing in an international European competition, performing at the highest levels among the best of friends.

The choir competed in the European Grand Prix, a prestigious international choral competition, in Varna, Bulgaria, May 12-15. Only six groups in the world are invited to compete.

Although another competitor won the top prize, the group treasured their time together in Bulgaria performing.

“When I accepted the opportunity to study at Syracuse University, I never thought that I would end up traveling as a member of the University Singers to compete in an international competition,” says Michael A. Landivar ’16. “To have traveled with this fantastic group of singers under the exceptional direction of Dr. [John] Warren to France last year and Bulgaria in May has been one of my greatest undergraduate experiences.”

The Syracuse University Singers, the most select choral ensemble at the University, perform under the direction of John F. Warren, associate professor of music and director of choral activities in the College of Visual and Performing Arts’ (VPA) Rose, Jules R. and Stanford S. Setnor School of Music.

In May 2015, the University Singers competed in France at the Florilège Vocal de Tours—one of the six European festivals in which the winners qualify to compete in the Grand Prix—and won both the top Grand Prix de la Ville de Tours and the Prix du Ministere de la Culture et de la Communication, in addition to qualifying for the Grand Prix.

Listen to one of the songs performed by the University Singers at their April 30 concert at Setnor Auditorium.

Before heading to Bulgaria in May, the Singers presented a concert on campus in April that previewed the ensemble’s repertoire for the upcoming European competition. The program featured works by Knauf, Brahms, Debussy, Webern and López-Gavilán.

“The choir did an amazing job. After a spectacular performance on campus April 30 they continued to improve,” Warren says. “At the competition they sang with wonderful dynamic range, tremendous uniformity of sound and complete commitment to each other and the meaning of the music and text.” 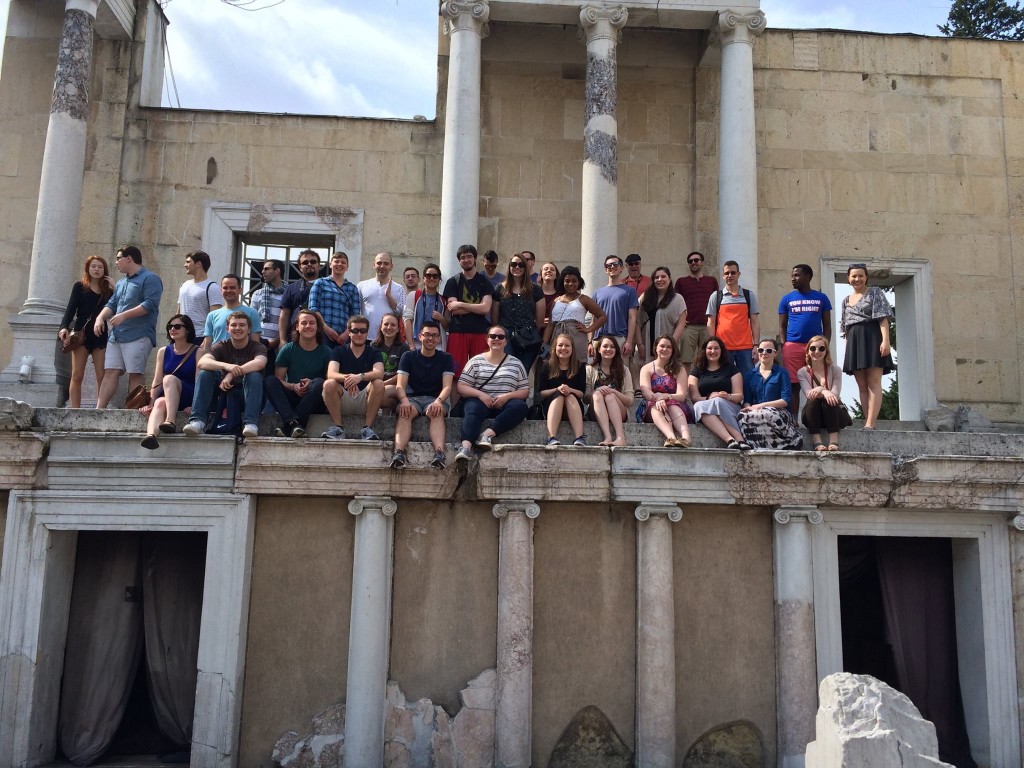 The tour for the Singers included excursions to various other sites, where they enjoyed performing and travel highlights, including at Sofia University and Plovdiv.

“Singing abroad and competing in such a high-caliber competition is truly a wondrous experience and thrill, as well as a time when all of the hard work put forth can finally be displayed,” Landivar says. “When not singing, it was a real treat to try the local cuisine and enjoy the many great views out the window of the bus and on foot.”

Support for the University Singers’ trip to Bulgaria was provided in part by Chancellor Kent Syverud and his wife, Dr. Ruth Chen; the VPA Advisory Council; and members of the Singers.

Another selection from the choir’s April 30 performance.

The competition was held on the same weekend as Commencement, so the College of Visual and Performing Arts held a small ceremony for senior members of the University Singers at the April 30 preview concert in Setnor Auditorium.

Although the seniors in the group weren’t able to make it to the Dome for Commencement, Landivar says it was worth it for him to be able to attend the European competition.

“I can’t think of a better way to wrap up senior year, and even though competing meant sacrificing the opportunity to attend Commencement, every minute spent with this ensemble abroad and at home made it all worth it,” says Landivar, a music industry major. “The graduation ceremony on April 30 was more intimate and special than I could have ever imagined, and I am grateful that the administration, faculty and staff were willing and able to make it possible.” 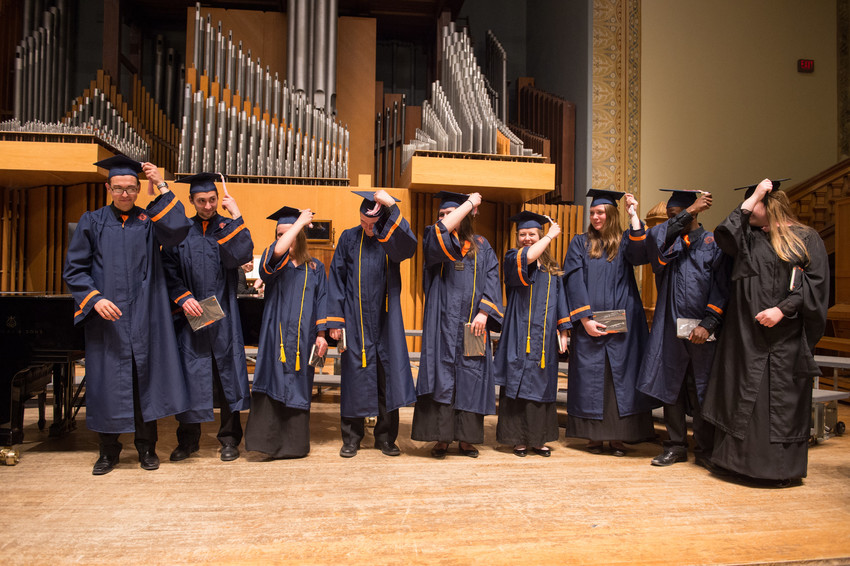 Seniors with the University Singers move their tassels on their mortarboard during a special ceremony in April after a concert in Setnor Auditorium. The choir traveled to Bulgaria for an international competition, which place during Commencement week. The College of Visual and Performing Arts celebrated a graduation ceremony for the seniors. Photo by Steve Sartori