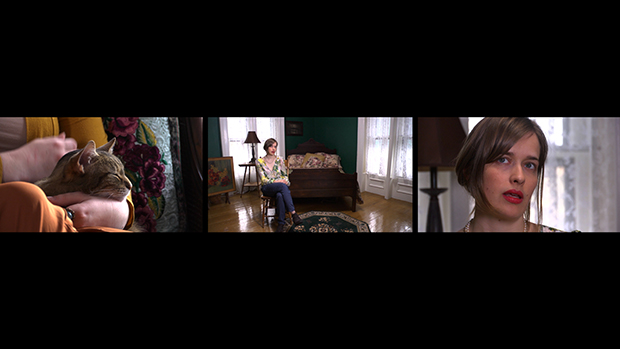 Xiaowen Zhu earned a master of fine arts (M.F.A.) degree from the art video program in the College of Visual and Performing Arts‘ Department of Transmedia  in 2012. A London-based documentary filmmaker, media artist, curator and writer, she uses video, photography, performance, installation and mixed media as platforms to communicate the complex experience of being an international person and to wrestle with the notion of a disembodied identity.

Zhu’s latest film, “Oriental Silk” (2015), is a documentary that explores the worldview of Kenneth Wong, owner of the first silk importing company in Los Angeles. The film premiered last November at the Aurora Museum in Shanghai, the city where Zhu was born and raised, and she recently traveled back to the United States to screen and discuss the film in New York City and Rhode Island.

“Wong’s story is fascinating in that it unfolds his state of being inside Oriental Silk—a shop that serves as a museum and place of worship for traditional craftsmanship and the attendant cultural values that are largely now lost or even actively undermined in contemporary China, ideas which for him are intimately interwoven with his own history and the history of his family,” says Zhu. “Through him, I gained a fuller understanding of how older generations strived for freedom, rights and dreams.” 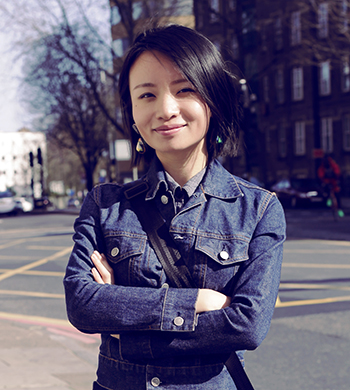 “VPA provided me with generous support, intellectually and financially, during my study and even after my graduation,” says Zhu. “Being the first recipient of the fellowship, I had a unique opportunity to explore the cultural and art scene in Los Angeles after completing my M.F.A. program in Syracuse.”

Zhu’s other work includes her M.F.A thesis project “Distance Between” (2012), a three-channel video installation that ostensibly addresses long-distance relationships in the post-internet age, and “Terminal Island” (2013), a single-channel video that offers a visual and psychological journey inside a recycling company in the Port of Los Angeles (Like “Oriental Silk,” the latter work was a result of her Los Angeles residency.) She has had these and other works screened internationally in cities in North and South America, Europe and Asia, including Germany, Sweden, Canada, China, Turkey, Greece, the Netherlands, Italy, Austria, Hungary, Morocco and the United Kingdom.

In addition to being named the first Ginsburg-Klaus Fellow, Zhu was the first recipient of the TASML (Tsinghua Art & Science Media Laboratory) Artist Residency Award. She was an artist-in-residence at ZKM | Center for Art and Media in Karlsruhe, Germany, and V2_Institute for the Unstable Media in Rotterdam, the Netherlands. She is also a mentor of the British Film Institute Film Academy and member of the Los Angeles Art Association.

Zhu credits her Syracuse education and the University community atmosphere with helping her achieve her goals and thrive as an artist.

“When I went to VPA as a graduate student, I dreamed of working as an independent artist and pursuing a creative career. I feel very privileged to have been able to focus on this path ever since,” says Zhu. “How I work and think as an artist now was substantially shaped during my time at VPA, when I was surrounded by inspirational scholars, artists and creative minds.”

View Zhu’s work and learn more about her at http://www.zhuxiaowen.com.