Michael S. Tick Named Dean of the College of Visual and Performing Arts 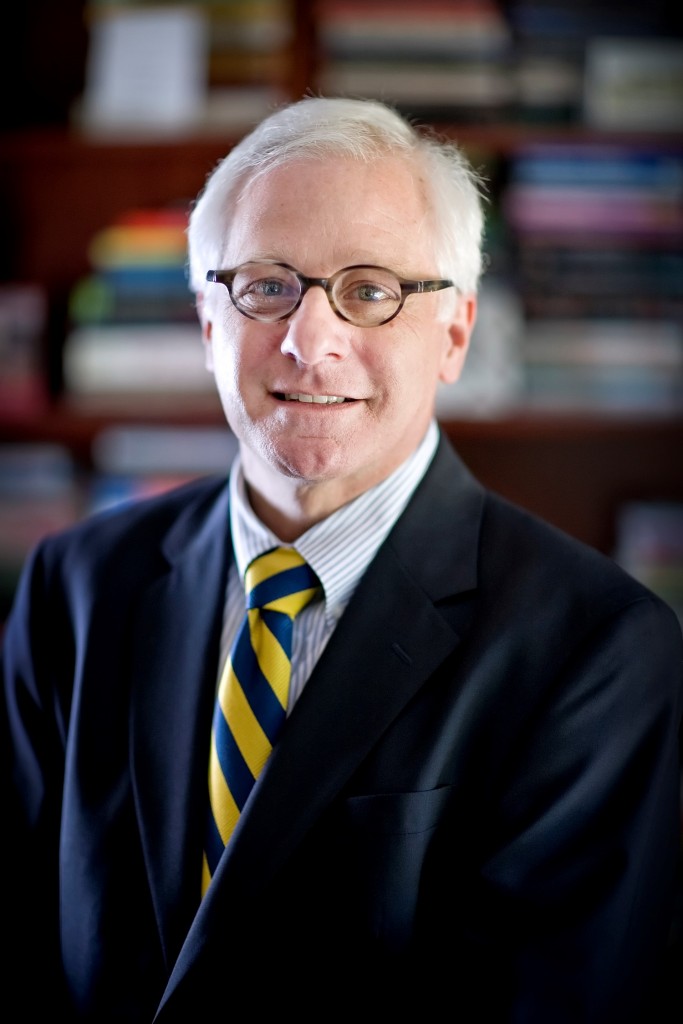 With extensive experience in the performing arts, arts administration, teaching, fundraising and academic leadership, Michael S. Tick has been named the new dean of the College of Visual and Performing Arts. The Executive Committee will be asked to confirm this appointment at its next meeting.

Tick comes to Syracuse from the University of Kentucky, Lexington, where as dean of the College of Fine Arts since 2010, he managed a $38 million budget and 180 faculty in art and visual studies, music, theater, dance and arts administration, as well as the University’s accredited art museum and performing arts center. He will assume his new role on July 1.

“Michael’s record of achievements from the stage to scholarship is so impressive,” says Michele G. Wheatly, vice chancellor and provost. “His focus on interdisciplinary program expansion, academic and community partnerships, faculty development and promotion, and extraordinary fundraising will help take the college to a new level of performance.”

“We were seeking a charismatic, energetic and visionary leader who could promote and reflect the value of the arts in today’s complex world, and we found those qualities  in Michael,” says Chancellor Kent Syverud. “I am especially impressed with his ability to translate his personal passion for the performing arts into a campus and community commitment to a sustained arts culture.”

In September 2015 when Dean Ann Clarke announced that she would step down after eight years leading the college, a search committee was formed.  Led by Charles E. Morris III, professor and chair of the college’s Department of Communication and Rhetorical Studies, the committee considered applicants from across the nation and beyond. “Michael impressed us with his long career of administrative accomplishments in fiscal, facilities and personnel management in the arts and academia,” says Morris. “He brings an entrepreneurial spirit, an appreciation for diversity and dedication to facilitating cross-disciplinary collaboration. Michael will herald and champion SU:VPA across campus and around the world.”

During Tick’s tenure at the University of Kentucky, the College of Fine Arts secured more than $45 million in state appropriations and private philanthropy for capital projects and academic programs. Highlights include the acquisition and renovation of a historic building for the School of Art and Visual Studies and the establishment of a Creative Arts Living Learning Community that will support programs across the arts with studios, rehearsal and performance spaces, writing labs and more, all housed in a new 1,100-bed residential hall. Under his leadership the Arts Administration Program established the first fully online master’s program in arts administration at a public university, and a graduate program in music therapy, a partnership with UK HealthCare. Partnerships across campus were central to Tick’s administration, with strategic interdisciplinary initiatives through the College of Communication and Information, College of Arts and Sciences, College of Design and the College of Medicine, to name a few.

Tick’s vision for the College of Fine Arts included expanded international exchanges for students and faculty. To that end, the college, in collaboration with the award-winning UK Confucius Institute, developed 2+2 and 3+1 agreements with the Art College of Inner Mongolia University, Shanghai University and Jilin University. Discussions are in progress for a similar program in Malaysia and South Korea.

Prior to his tenure at UK, he spent 11 years at Louisiana State University in Baton Rouge, as chair of the Department of Theatre and artistic director of Swine Palace, LSU’s professional Equity theatre. Under his leadership, students had expansive opportunities to study with internationally renowned performing artists and companies. He implemented an impressive number of public-private partnerships between LSU and arts organizations from New York City to London to South Korea.

Tick’s successful career in arts administration includes founding the Virginia Governor’s School for the Arts (GSA) in Norfolk, a regional visual and performing arts high school serving more than 40 high schools in southeastern Virginia. As a consultant to the Virginia Department of Education, he developed performing and visual arts curricula for statewide gifted and talented secondary arts programs. He has taught acting, directing, voice and speech, and has widespread credits in producing, directing and company management.

“It’s a great privilege to serve as dean of the College of Visual and Performing Arts,” says Tick. “With outstanding faculty, staff and students, as well as a combination of rigorous scholarship, creative practice and community engagement, VPA’s scope is impressive and serves the University’s draft Academic Strategic Plan. The college is well-positioned to strengthen connections between and across different disciplines, support partnerships around the globe, and focus on preparing students for a wide range of careers and vocations. I look forward to working with faculty, staff and other stakeholders to continue a strong legacy of excellence.”

“The College of Visual and Performing Arts at SU is a thriving and exciting community of tremendously talented students and faculty,” says Provost Wheatly. “I am confident that Michael will help us harness all that creative energy and direct it to a strategic and academic planning process that will enhance the student experience and promote the college’s national and international reputation.”

Dean Emeritus Clarke, who served as VPA’s dean since 2008, will take a one-year research leave and return to the faculty in fall 2017. During her tenure as dean, Clarke oversaw the creation of key associate dean positions in assessment and accreditation, research and graduate studies and global academic programs and initiatives. Coupled with the establishment of strong academic leadership in the college’s six schools and departments—including endowed chairs in the School of Art and School of Design—and the efforts of staff and faculty, the college has flourished as a leader in the education of students in art, communication and rhetorical studies, design, drama, music and transmedia.

“I am grateful to Ann for her leadership over the last eight years and am grateful that someone of her scholarly prowess will return to the faculty,” says Provost Wheatly. “She has been an excellent steward of VPA and of Syracuse University as a whole. I look forward to collaborating with her when she returns following her research leave.”

Culminating a seven-year partnership with the Smithsonian Institution’s National Museum of American History and organizations across the country, La Casita Cultural Center announces the July 9 virtual opening event for the new exhibition “Pleibol! In the Barrios and the Big…

Sascha Scott, associate professor and director of art history graduate studies, is a recipient of the Smithsonian American Art Museum’s prestigious Patricia and Phillip Frost Essay Award for her article “Georgia O’Keeffe’s Hawai’i? Decolonizing the History of American Modernism,” which appeared in…

Urban Video Project (UVP) is pleased to announce “UVP Summer Review 2021: Inflection Points,” featuring pieces from the 2020-21 programming year, which takes its title from a mathematical term that describes the point in a curve at which a change…

Syracuse Stage has announced plans to resume live and in-person performance in the 2021/2022 season. Starting in October, the theater will present a six-show subscription season and offer a full schedule of educational, family and community-related programming, including the continuation of…