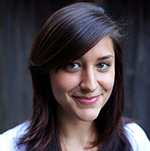 The PDN Photo Annual is an esteemed accolade for established photographers and a jumping-off point for student and emerging photographers breaking into the field. The annual survey of the best work of the year is judged by a panel of 31 visual experts in photography and multimedia.

“It’s a big deal to have two Newhouse students among the recipients,” says Mike Davis, the Alexia Tsairis Chair for Documentary Photography at the Newhouse School.

Hootnick won for a series of images from a children’s book she created in collaboration with nine-year-old Syrian refugee Laya Al-Khazam, who resides in Sweden as she and her family await their asylum application decision. 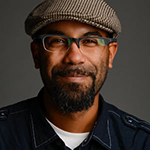 Santiago won for a series about James McGill, a struggling pig farmer involved in the Pigford v. Glickman lawsuit, alleging racial discrimination by the USDA.

Both Hootnick and Santiago are graduate students in the Newhouse School. As an undergraduate student last year, Hootnick earned the top student award for a series on Amish farmers in Madison County, New York.