Robert Rubinstein, professor of anthropology, and William Horrace, professor of economics and chair of the Department of Economics, both in the Maxwell School of Citizenship and Public Affairs and the College of Arts and Sciences, have been named Distinguished Professors by Interim Vice Chancellor and Provost Liz Liddy. The distinction is one of the University’s highest honors for faculty whose exemplary leadership in teaching and research has advanced the University’s scholarly mission.

“Both Robert and Bill are great assets to the faculty of the Maxwell School and to the entire University,” says Liddy. “Their scholarly achievements have distinguished them among their professional peers and advanced their disciplines in important directions. They are true leaders in their fields and very deserving of this distinction.” 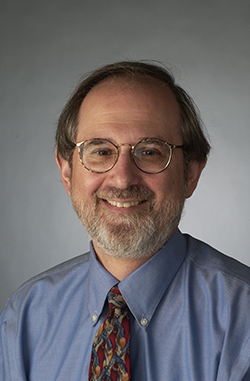 A professor of anthropology and international relations at Syracuse since 1998, Rubinstein was nominated on the basis of extraordinary scholarly achievements, particularly relating to the anthropology of peace, conflict and security. He helped pioneer the anthropological study of peacekeeping and the importance of taking into account local cultures when assessing peacekeeping missions. His book “Peacekeeping Under Fire: Culture and Intervention” and other writings have been widely consulted and cited by peer scholars as well as government and military organizations. His work also has advanced the relevance and application of anthropology to international security policy.

Rubinstein has served as a consultant to the United Nations Office of Internal Oversight Services, the National Research Council, the U.S. Army Peacekeeping Institute and the U.S. Army War College, among other organizations. At Maxwell, he also serves as a faculty research associate for the Campbell Institute and the Program for the Advancement of Research on Conflict and Collaboration; and on the faculty of the school’s Institute for National Security and Counter Terrorism.

Rubinstein served from 1994 to 2005 as director of the Maxwell School’s Program on the Analysis and Resolution of Conflicts. Prior to that, he was an associate research medical anthropologist at the University of California-Berkeley. He also has had visiting professor appointments at several universities nationally and internationally.

Rubinstein earned his Ph.D. in anthropology from State University of New York at Binghamton. 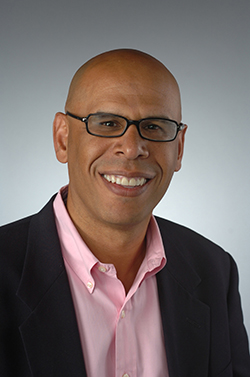 Horrace has been a member of the economics faculty at Syracuse since 2002 and has chaired the department since 2013. His scholarly interests focus on econometrics, production and efficiency analysis, peer effects and strategic interactions, fishery and resource economics, and crime and policing. In addition to teaching undergraduate and graduate courses, he has been a senior research associate with the University’s Center for Policy Research since 2002 and a visiting scholar for the Board of Governors of the Federal Reserve System, Washington, D.C., since 2015. He has served as an associate editor for the Journal of Productivity Analysis since 2009 and was also recently appointed an associate editor for the Journal of Business and Economic Statistics.

He earned his Ph.D. in economics from Michigan State University.