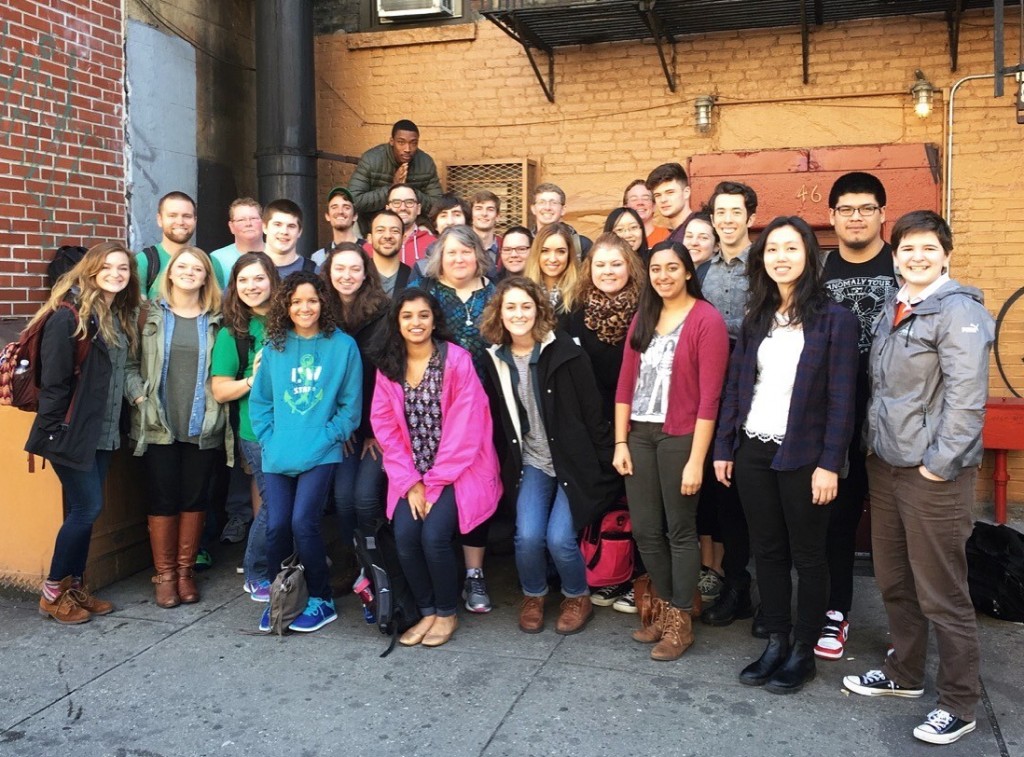 A group of Syracuse students visited New York City to learn about the pervasiveness of human trafficking and how to make a difference in combating trafficking in their own communities. The students met with students from two other colleges for the immersion experience in partnership with the organization Let My People Go.

A group of Syracuse students became familiar with the hallmarks of exploitation in its many forms during a weeklong experience in New York City. The 12 students heard the stories of victims and learned how to combat trafficking in their own communities by caring for the vulnerable.

“I was able to experience New York in a way I never had before and devote an entire week to viewing the city through a lens of helping the people around me,” says Hope Meltser ’18, a graphic design and selected studies in education major in the Newhouse School of Public Communications and the School of Education. “Human trafficking can occur to anyone who is physically or mentally vulnerable, and people can use this as a tool for exploitation.”

The experience came through an immersion program with the Office of Engagement at Hendricks Chapel and the Baptist Campus Ministry.

The students were led by Devon Bartholomew, assistant Baptist chaplain, who organized the trip, and Virginia McBride, assistant residence director with the Office of Residence Life.

“The purpose of the trip was to teach students practical ways to fight human trafficking in their city,” Bartholomew says. “We want to see our students develop initiatives that engage and benefit the Syracuse community related to fighting human trafficking by caring for the vulnerable.” 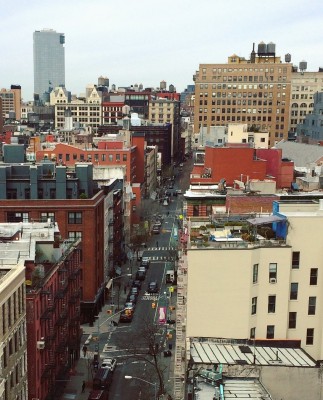 The trip partnered with Let My People Go, an organization that mobilizes churches, ministries and faith communities to fight human trafficking by assisting and loving the vulnerable.

The first day was spent providing items that could benefit victims of trafficking, including a card with information about the signs of trafficking and a phone number to call if they see trafficking. They passed out anti-trafficking posters to businesses and observed signs and irregularities of a community where trafficking is present.

UN Commission on the Status of Women

They also attended a panel discussion by the United Nations Commission on the Status of Women, which included leaders of faith communities who are fighting human trafficking.

They heard the story of one young woman who was trafficked to the United States from Indonesia, escaped and now serves as an advisor for President Barack Obama’s committee to fight human trafficking. They also heard another woman’s story about surviving human trafficking as a domestic and now serving women coming out of abusive and exploited relationships.

“The highlight was meeting so many incredible people with incredible stories,” says Ankita Varman ’19, a public relations and marketing management student in the Newhouse School of Public Communications and the Martin J. Whitman School of Management.

“It was eye-opening to be involved with and get to meet people who really changed your perspective on life,” Varman says. “It made me want to stop and listen, to be more aware.”

Serving those in need

Students also worked with organizations that provide relief to the homeless and transitional services, including the New York Rescue Mission, and served at an after-school program.

“One of the most impactful experiences for me was working in an after-school program in Manhattan’s Chinatown,” Meltser says. “We also had a great opportunity to serve many of the churches of the area that serve the vulnerable.”

Every day, students carried granola bars and bottled water, providing relief to homeless persons and engaging them in conversations to listen to their stories. They also provided maps of Manhattan of the places that served hot meals and had available housing and services for families or special needs.

Students spent the evenings discussing their experiences. Bartholomew could see how the students were gaining understanding.

“The coffee shop that we visited on Sunday was nice and pleasant, but then on Monday they discovered the signs of trafficking next door,” Bartholomew says. “They had walked past it and never noticed that it was there and the next day they couldn’t miss it.” 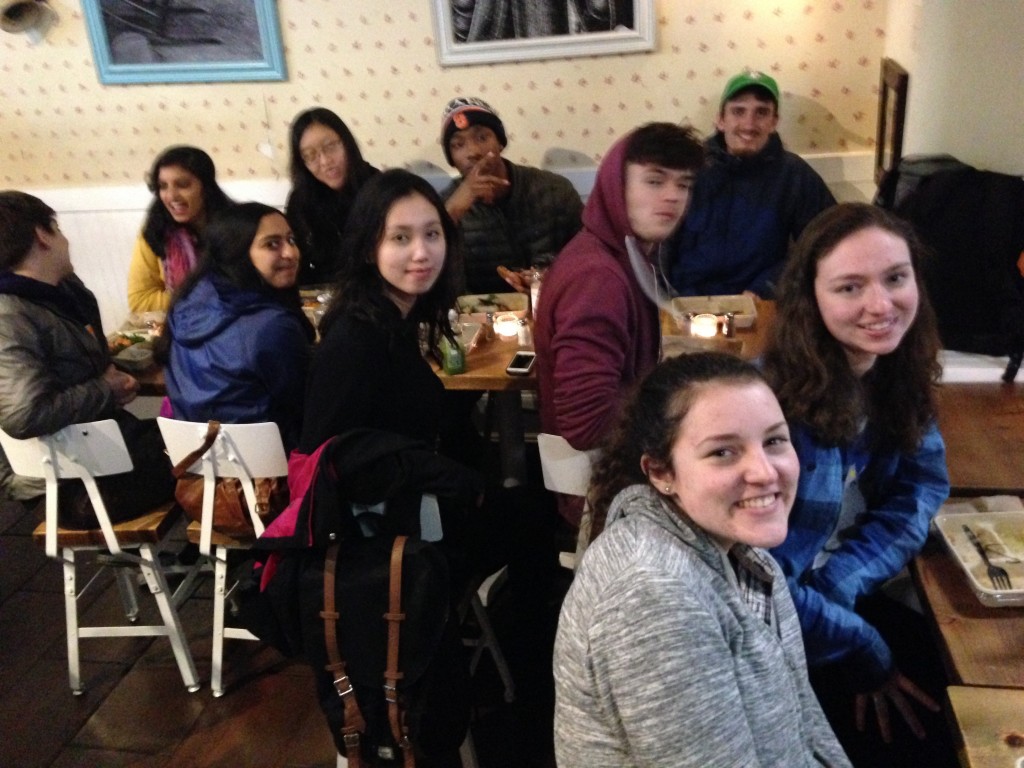 Students spent downtime on the immersion experience to New York City to discuss what they had learned during the day’s activities.