Three students were named winners of the White-Denison Presentational Speaking Competition on April 21. The competition was sponsored by the Department of Communication and Rhetorical Studies (CRS) in the College of Visual and Performing Arts. 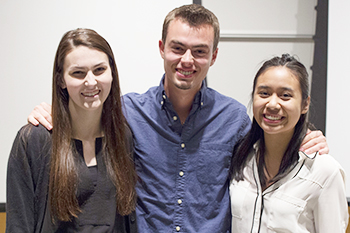