Variety Names VPA a ‘School on the Move’ for Film 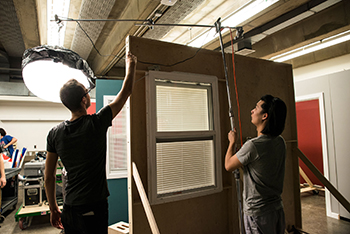 A cinematography class in the film program

The College of Visual and Performing Arts (VPA) was listed as a “School on the Move” in Variety’s April 26 issue, which includes a feature on entertainment education. According to Variety, the “Schools on the Move” list recognizes those institutions that offer “competitive, top-notch training in all areas of film, TV and media.”

VPA offers both bachelor of fine arts and master of fine arts degree programs in film through its Department of Transmedia. To learn more, visit http://vpa.syr.edu/transmedia.