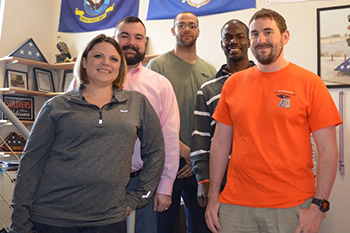 The incoming slate of officers includes:

“It is a great honor to be elected as the new president for the SVO,” says Miccio. “I look forward to helping yesterday’s warriors transition into tomorrow’s leaders through the guidance and support of the SVO.”

Outgoing SVO President Jordan Robinson adds, “I am so grateful for the opportunity to have led such a prestigious organization and I am confident my successor, John Miccio, will continue to help the SVO grow and succeed.”