Dana Spiotta to Give Final Reading in Spring Carver Series

Novelist Dana Spiotta, whose latest novel, “Innocents and Others,” was published in March, will be the last writer to give a reading in the spring 2016 Raymond Carver Reading Series on Wednesday, April 27. Spiotta is an associate professor in Syracuse’s M.F.A. program. 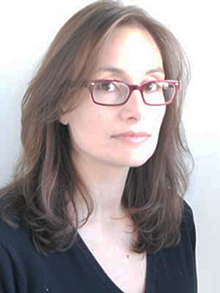 Spiotta is the author of four novels: “Innocents and Others,” which was published by Scribner in March 2016; “Stone Arabia” (2011), which was a National Book Critics Circle Award Finalist in fiction; “Eat the Document” (2006), which was a finalist for the National Book Award and a recipient of the Rosenthal Foundation Award from the American Academy of Arts and Letters; and “Lightning Field” (2001). Spiotta was a Guggenheim Fellow and a New York Foundation for the Arts Fellow, and won the 2008-09 Rome Prize from the American Academy in Rome.

‘‘Her gaze is very smart and witty,’’ fellow fiction writer and Syracuse University creative writing faculty member George Saunders says, ‘‘but doesn’t have any of that empty, snarky irony you sometimes see in writing about contemporary culture, that sense that America is rotten, past its prime, capable of nothing good. On the contrary, I think her main stance is that most difficult one: She who praises.’’