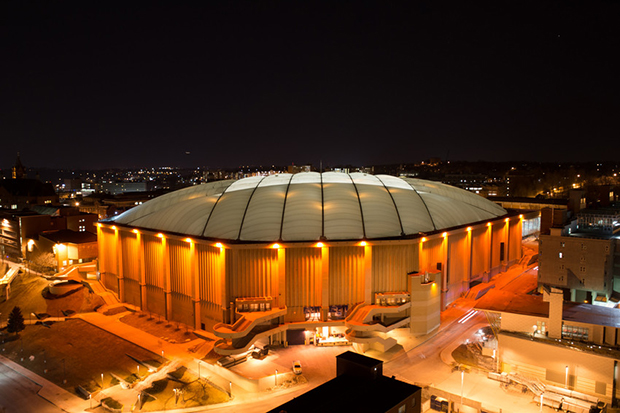 Two trips to the Final Four and an 11th-place NCAA Championship showing pushed Syracuse University Athletics to No. 10 nationally in the final release of the winter of the 2015-16 National Association of Collegiate Directors of Athletics (NACDA) Learfield Division I Directors’ Cup standings. It marks the highest Syracuse has appeared in the final winter release of the Directors’ Cup standings in school history.

The Syracuse women’s basketball team made history when it advanced to its first national final in program history, ultimately losing to 11-time champion Connecticut on April 5 in Indianapolis. The Orange set school records with five wins against nationally-ranked opponents, 13 conference victories, 23 regular-season wins, and 30 overall victories. Following its run to the national championship contest, the team was ranked No. 3 nationally in the final USA Today Coaches Poll, its highest rank in its history.

The Orange men’s basketball team capped the 2015-16 season with an inspiring run to the national semifinals, losing to eventual national runner-up North Carolina on April 2 in Houston. Syracuse became the first No. 10 seed in the history of the NCAA Tournament to advance to the Final Four. All-Atlantic Coast Conference selection Michael Gbinije led the way, averaging 17.5 points per game on the year.

With both the men’s and women’s basketball teams advancing to the national semifinals in 2016, Syracuse joined an elite club. The Orange became only the ninth school to send both of its basketball teams to the Final Four in the same year.

To cap things off, the Syracuse men’s indoor track and field team finished in 11th place at the NCAA Championship on March 12 in Birmingham, Ala. Freddie Crittenden and Justyn Knight each reached the podium, as Crittenden finished second in the 60-meter hurdles and Knight placed third in the 3000-meter race. Just two weekends before, the Orange claimed its first conference title since 1992 when it won the ACC Indoor Track and Field Championship in Boston on Feb. 27.