Student to Be Awarded Scholarship at 2016 Matrix Awards

Allison Wahl, of Monmouth Junction, N.J., a sophomore in the Newhouse School, will receive a scholarship from the New York Women in Communications Foundation, at the annual Matrix Awards, to be held on April 25 at the Waldorf-Astoria in New York City with more than 1,000 people from the industry expected to attend. This year,  Wahl was one of only 22 to receive this prestigious scholarship. 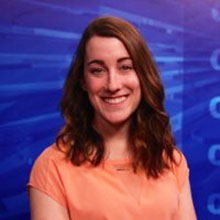 Wahl will have the rare opportunity to be recognized with a select group of peers during the notable event, which will be emceed by Andy Cohen and will feature Matrix Award winners and presenters including Lena Dunham, Gloria Steinem, Katie Couric, Liz Kaplow, Bonnie Hammer and Nancy Dubuc, to name a few.

The New York Women in Communications Foundation is the largest foundation for communications scholarships for women in the country, with denominations of monetary scholarships in total of more than $100,000. Since the foundation’s formal establishment in 2000, it has issued close to $1.5 million in scholarship support. Scholarships are awarded annually based on academic achievement, demonstrated leadership, participation in school and community-service activities, honors and other awards or recognition, work experience, statement of goals and aspirations.