“We’re extremely fortunate to have these three outstanding, committed educators as leaders of our academic programming,” says Speaks. “Each brings unique perspective and a breadth of experience to not only support, but enrich the school’s academic vision and future initiatives. I look forward to working closely with this team and am excited about what lies ahead for our faculty and students.” 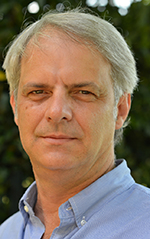 Davis received a bachelor of architecture degree from the University of Cincinnati and a master of architecture degree from Columbia University. He is a New York State-registered architect who maintains an active practice. He previously held the role of undergraduate chair at Syracuse Architecture, from 2003-2007. From 2007-2012, he served as coordinator of the school’s noted study abroad program in Florence. The primary subject of inquiry for Davis in his practice, research and much of his teaching is the study of the exurban built environment. Davis follows Associate Professor Timothy Stenson in his role as chair.

Says Davis, “I am looking forward to working with the school and University community, as well as alums and others across the discipline, to make architectural education at Syracuse even more progressively responsive to the circumstances of our world in the mid-21st century. ​” 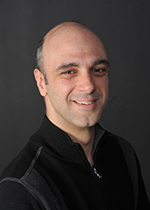 Lonsway received a bachelor of arts in architecture from Washington University, St. Louis, and a master of architecture from Columbia University. He is an architectural theorist whose current research centers on exploring the inherent transdisciplinary of design, and the intersection of disciplinary and professional identities with alternative models of design. With Kathleen Brandt, Lonsway is co-creator and co-director of Thinklab, an experimental media environment to foster alternative practices of transdisciplinary design inquiry at Syracuse University. Lonsway contributed significantly to the conceptualization and design of the graduate program’s Einhorn 21st Century Design Studio, launched in spring 2014. In his new role, Lonsway follows Associate Professor Jean-François Bédard, graduate chair since 2014.

“I feel fortunate to step into the role of graduate program chair at this time,” says Brian Lonsway. “The first class of our new Design |Energy| Futures M.S. degree will be entering next year, and both the educational and professional landscapes of architecture are in the midst of exciting changes.  I’m really looking forward to working with everyone at the school to move us to the forefront of these changes, especially as we look towards preparing students for the increasingly complex and multidisciplinary project of architecture.” 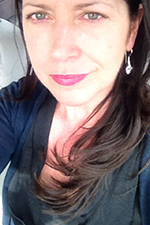 “I am thrilled to be continuing as associate dean for another term, working closely with Dean Speaks, the faculty, staff and students,“ says Czerniak. “We are well poised as a school to move forward on a variety of exciting initiatives. I am particularly interested in focusing on programs and policies that support the development of junior faculty, as well as taking a fresh look at our global programs.”