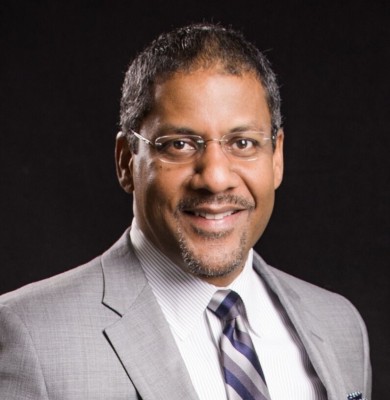 Recognized as an innovator in legal education, Craig M. Boise has been named dean of Syracuse University’s College of Law. Boise comes to Syracuse University from Cleveland-Marshall College of Law at Cleveland State University, which under his deanship made significant gains in academic programs, national rankings and fundraising. The Executive Committee of the Board of Trustees approved his appointment earlier today. Boise will assume his new role on July 1, 2016.

“Craig Boise is a dynamic and forward-thinking leader who is equally passionate about quality, access and enhancing the student experience,” says Michele G. Wheatly, vice chancellor and provost-designate. “I am impressed by his record of achievements and know the College of Law will make great strides under his leadership.”

“Craig’s bold vision and commitment to academic excellence have enhanced the student experience, improved student outcomes and positioned graduates for career success,” says Chancellor Syverud. “He is the ideal person to lead the College of Law into a new era, particularly as it seeks to enhance its global reputation and continue its ascent in national rankings.”

Boise’s appointment comes on the heels of a national search, which was initiated last September. The search committee was comprised of faculty, staff, a College of Law student leader and University leaders, along with alumni from the College of Law.

LaVonda N. Reed, associate provost for faculty affairs, professor of law and chair of the search committee, said the committee sought to find an energetic and visionary leader to partner with faculty, students, staff and the broader legal community to support research and teaching. “Legal education today must be innovative and interdisciplinary in its approach,” says Reed. “Craig Boise has a stellar track record of bringing that kind of thinking and community support to his leadership.”

Boise began his tenure as dean at Cleveland-Marshall in July 2011. Under his leadership, the college launched the Center for Cybersecurity and Privacy Protection, an interdisciplinary center aimed at achieving cyber resilience through education, research and policy prescriptions; spearheaded and enhanced a curriculum designed to give practical work experience to all law students; established a solo practice incubator, the first such project in Ohio and one of the first in the nation; developed a master of legal studies (M.L.S.) degree and launched Health Care Compliance and Corporate Compliance and Ethics certification programs for both lawyers and non-lawyers; formed only the second law school partnership of its kind in the country with the bar examination preparation company BARBRI, under which all students receive the BARBRI course at no cost; and created the nation’s first “risk-free J.D.,” which permits a J.D. student who wishes to leave law school after the first year to receive an M.L.S. degree.

Cleveland State University President Ronald M. Berkman lauded Boise’s leadership over the last five years: “During his time at Cleveland-Marshall, Dean Boise developed a highly successful plan for raising the national profile of the college, while recruiting high quality students and expanding opportunities for fund raising and research. We wish him well in this next chapter of his career.”

During his time at Cleveland-Marshall, annual fund participation among alumni increased by 38 percent, annual fund giving nearly doubled to more than $625,000 and more than $1 million in new scholarship support for students was generated. Boise also led the institution through a 29-point rise in U.S. News & World Report rankings, moving from 135 in his first year to an all-time school high of 106 this year.

He joined the law school at Cleveland State from DePaul University College of Law in Chicago, where he served for two years as professor of law and director of the Graduate Tax Program. Prior to that, Boise was assistant professor and then associate professor at Case Western Reserve University School of Law. He was a visiting professor at Washington & Lee School of Law in fall 2006.

Before beginning his legal academic career, Boise practiced law for more than eight years at law firms that included Cleary Gottlieb and Akin Gump, each in New York, and Thompson Hine in Cleveland. Before entering private practice, he clerked for the Honorable Pasco M. Bowman II, of the U.S. Court of Appeals for the Eighth Circuit. Boise earned an LL.M. in taxation from New York University School of Law and a juris doctor from the University of Chicago Law School. He received a bachelor of arts in political science summa cum laude from the University of Missouri-Kansas City, where he also completed substantial coursework toward a degree in piano performance at the University’s Conservatory of Music.

Boise’s appointment also marks the conclusion of William Banks’ tenure as interim dean of the College of Law. Banks will reassume his posts as the Board of Advisors Distinguished Professor of Law and founding director of the Institute for National Security and Counterterrorism.