A lifelong wildlife conservationist; a football icon and esteemed business and civic leader; a towering figure in the world of communications; and a renowned writer of fiction and memoir will receive honorary degrees from Syracuse University for their substantial contributions in their fields and to the world.

Kevin Bell ’74, president and CEO of Chicago’s Lincoln Park Zoological Society; Floyd Little ’67, one of Syracuse’s all-time great running backs and currently special assistant to the Syracuse University athletics director; Donald Newhouse ’51, president of media giant Advance Publications; and Tobias Wolff, the Ward W. and Priscilla B. Woods Professor in the Humanities at Stanford University, will be honored at the joint ceremony for Syracuse University and the SUNY College of Environmental Science and Forestry on Sunday, May 15, in the Carrier Dome. Newhouse will deliver the 2016 Commencement address at the 162nd Commencement exercises. 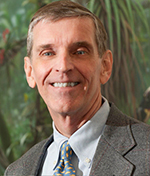 Bell is the president and CEO of Chicago’s Lincoln Park Zoological Society, and has served there in various roles for 40 years, but his care for animals dates back to his childhood.

When he was 5 years old, he and his family moved to the Bronx Zoo, where his father directed the department of ornithology. Bell became a zoo volunteer at the age of 10, a caretaker at 17 and a keeper at 20. He earned a bachelor of science degree in biology from Syracuse University’s College of Arts and Sciences and a master of science degree in zoology from SUNY Brockport.

At the age of 23, Bell was named curator of birds at Lincoln Park Zoo. He later became assistant director and director, and then appointed president and CEO upon privatization of the previously Chicago Park District-operated zoo. Under his leadership, the zoo has grown to become one of the largest zoo-based conservation and science programs in the country. Through his vision, dozens of science and education efforts have been established at the Lincoln Park Zoo and the number of scientists grew from two to more than 40. His fundraising efforts were instrumental in the zoo’s two successful capital campaigns—raising more than $125 million for renovation and new construction, as well as building an endowment to secure the zoo’s future.

Bell’s science fieldwork extends into wildlife conservation across the globe. He has traveled to Panama, India, Africa and Iceland, where he has spent considerable time on fieldwork with puffins and, in 1984, was the subject of a PBS Emmy award-winning documentary film, “Arctic Window.”

In 1999, he was elected to the board of directors of the Association of Zoos and Aquariums (AZA). In 2005 he received the President’s Award for raising more than $1 million in funds for zoos and aquariums affected by Hurricane Katrina. He was re-elected to the AZA Board in 2007 as vice chair and served as chair from 2009-2010. In 2011, he was selected as one of three U.S. delegates to serve on the board of the World Association of Zoos and Aquariums.

At Syracuse, Bell was elected to the Board of Visitors of the College of Arts and Sciences in 2006. He is also a member of various civic and conservation organizations, including the International Union for Conservation of Nature/World Commission on Protected Areas Task Force on Cities and Protected Areas. 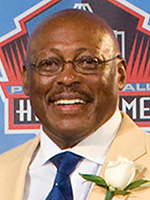 Little’s drive for excellence in his collegiate career as a legendary “44” transcended his time on the football field and into his work in the business world and community.

During his time at Syracuse University, Little set the Orange record for career touchdowns and career punts returned for a touchdown. He was a three-time All American and the 1966 ECAC Player of the Year. He was inducted into the College Football Hall of Fame in 1983. Upon graduation in 1967, Little was drafted by the Denver Broncos, where he played for nine years. During that time, he was selected for five Pro Bowls and led as the team’s career rusher. He was inducted into the Pro Football Hall of Fame in 2010.

After his retirement from professional football, Little graduated from University of Denver’s College of Law and went on to complete an executive management training program with Ford Motor Co. He excelled in the business, becoming one of the most successful and well-respected Ford dealers in the industry, serving as president and owner of Pacific Coast Ford and as a consultant and instructor for Ford’s Minority Dealers Program. At the time of his retirement from the company in 2009, he was the longest-tenured minority dealer in the Ford portfolio.

Little has earned numerous recognitions throughout his life both for his success on the playing field and for his endeavors in civic and community life. He was recognized in January 2012 with the Walter Camp Football Foundation Distinguished American Award, and in 2014, he received the Doak Walker Legends Award.

In addition to the College and Pro Football Halls of Fame, he has been honored as a Syracuse University Letterwinner of Distinction and inducted into the Colorado Sports Hall of Fame, the Denver Broncos Ring of Fame, the Gator Bowl Hall of Fame and the African American Ethnic Sports Hall of Fame. In 1992, he was honored with the NCAA Silver Anniversary Award for his collegiate and professional accomplishments and his civic and charitable activities.

In 2011, Little was named special assistant to the athletics director at Syracuse University and is a key member of the athletics department’s leadership team. He is responsible for development and donor relations, recruitment, and student-athlete and team development activities. His work enables him to influence a new generation of student-athletes to work hard and find success. 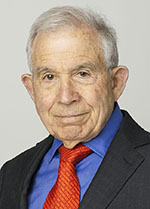 Under the joint leadership of Newhouse and his brother Samuel Irving “Si,” chairman of Advance Publications, a company founded by their father, Samuel I. Newhouse Sr., the company grew to become one of the largest family-run publishing companies in the United States. The company today owns—directly or through subsidiaries—Condé Nast Publications, American City Business Journals, the Golf Digest Companies and newspapers in more than 25 U.S. cities. Its subsidiaries also have extensive interests in cable television and Internet sites related to its print publications.

From an early age, Donald Newhouse accompanied his father on his newspaper rounds. He attended Syracuse University before taking on classified advertising and production positions at several newspapers. He was promoted in 1960 to president and general manager of The Jersey Journal in Jersey City, N.J. He took on management of Advance upon his father’s death in 1979. The company included newspapers and cable properties, including Bright House Cable and a stake in Discovery Communications.

Newhouse continued his father’s commitment to the autonomy of individual newspapers, which resulted in outstanding reporting. Under his leadership, Newhouse-owned newspapers have won some of the most prestigious awards in the industry, including the Pulitzer Prize for the Portland Oregonian, the New Orleans Times-Picayune and the Newark (N.J.) Star-Ledger.

Newhouse and his family have had a long history of philanthropy through the S.I. Newhouse Foundation that includes founding gifts to establish the S.I. Newhouse School of Public Communications in 1964 and more recently the Newhouse 3 construction, along with leadership gifts to support journalists-in-training. His support and that of his family’s foundation has recognized the growing need to prepare journalists for the 21st century with a background in digital and interactive technologies.

In addition to giving generously annually to the arts, medical institutions, and schools and colleges, Newhouse has served as a director and chair of the Newspaper Association of America, which bestowed upon him its highest honor, the Katharine Graham Lifetime Achievement Award, and was a director and chair of the Associated Press. Donald Newhouse is also a lifelong honorary Trustee of Syracuse University. 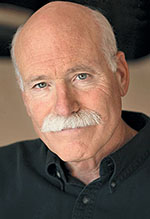 Wolff is one of America’s most treasured storytellers and a revered teacher of writers, including many who name him as a mentor from his 17 years of teaching at Syracuse University. An award-winning writer and memoirist, Wolff is the Ward W. and Priscilla B. Woods Professor in the Humanities at Stanford University.

Among Wolff’s many accomplishments is his memoir, “This Boy’s Life,” which details his turbulent childhood, and was made into a film, starring Robert DeNiro and Leonardo DiCaprio. His collection of short stories, “Our Story Begins: New and Selected Stories,” won The Story Prize. Other honors include the PEN/Malamud Award and the Rea Award—both for excellence in the short story—the Los Angeles Times Book Prize and the PEN/Faulkner Award. In 2015 he received the National Medal of Arts from President Barack Obama during a ceremony at the White House.

His other works include the memoir “In Pharaoh’s Army: Memories of the Lost War,” in which he chronicled his wartime experiences in Vietnam; the novels “The Barracks Thief” and “Old School”; and four collections of short stories, “In the Garden of the North American Martyrs,” “Back in the World,” “The Night in Question” and, most recently, “Our Story Begins.”

While at Syracuse, Wolff was instrumental in building the success and prestige of Syracuse’s M.F.A. Program in Creative Writing. Wolff, who taught in the program from 1980 to 1997, was invited here by legendary short story writer Raymond Carver. Wolff’s students at Syracuse included George Saunders, Jay McInerney, Chris Kennedy, Tom Perrotta and Alice Sebold. He remains a core reason for the program’s continued achievements in attracting top writers as teachers and developing writers as students.

Wolff has also been the editor of “Best American Short Stories,” “The Vintage Book of Contemporary American Short Stories” and “A Doctor’s Visit: The Short Stories of Anton Chekhov.” He is a fellow of the American Academy of Arts and Sciences, and of the American Academy of Arts and Letters. His work appears regularly in The New Yorker, The Atlantic, Harper’s and other magazines and literary journals. He also is involved with The Big Read, an initiative of the National Endowment for the Arts that develops communitywide reading programs around the country.