Two high-profile entrepreneurs who attended the University will be featured guests at the grand opening of the Blackstone LaunchPad at Syracuse University on April 19.  The 1 p.m. event at Bird Library includes a formal ceremony, ribbon cutting, reception and student venture demos.

As part of the LaunchPad kick-off, Wiley Cerilli, co-CEO and founder of Good Uncle, and Patrick Ambron ’09, co-founder and CEO of BrandYourself, will join Interim Vice Chancellor and Provost Liz Liddy in awarding $60,000 in prizes to Syracuse University student winners of the CompeteCNY business plan competition.

Cerilli and Ambron will recognize student teams advancing to the New York State finals and award $60,000 in CompeteCNY prizes to Syracuse University student ventures to help take their innovations to the next stage.  The statewide competition, hosted by Syracuse University, SUNY Polytechnic Institute and University at Albany’s School of Business, will be held April 29 in Albany, with a $100,000 grand prize.

The CompeteCNY awards are part of student demos following the LaunchPad opening ceremony and ribbon cutting. Cerilli and Ambron will be on hand to meet, mingle and host an intimate, informal conversation in the LaunchPad with student entrepreneurs on lessons learned as they started and scaled their successful businesses. 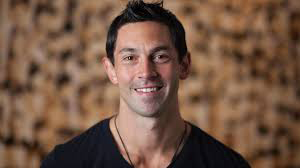 Cerilli, who attended the iSchool, founded SinglePlatform in 2010, raising $4.5 million in two rounds, then selling the two-year old start-up to Constant Contact for $100 million. Following the sale, he became vice president at Constant Contact, then venture partner for First Round Capital in New York, and was named a “Top 25 CEO” in New York and “Top 10 People to Watch” by Crain’s.

He recently co-founded Good Uncle, which raised $2.2 million from institutional investors including First Round, Box Group and tech law firm Gunderson Dettmer. The new venture is a food delivery service featuring items from the world’s most iconic restaurants and chefs, ordered through an immersive, content-rich mobile app.  It builds on his experience as an early employee at Seamless, a food-ordering site created by Jason Finger.  As one of the original employees, Cerilli spent 10 years at Seamless, helping it become one of fastest growing companies in the country before being acquired by ARAMARK. 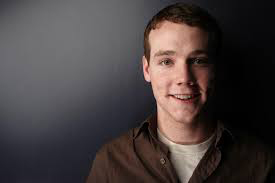 Ambron ’09, a dual major in advertising (Newhouse School) and psychology (College of Arts and Sciences), co-founded BrandYourself with a team of Syracuse University students and went on to become a nationally recognized expert in online reputation management and search engine optimization. He was honored by the White House as one of Empact’s 100 Top CEOs under 30, named Young Entrepreneur of the Year by the SBA and selected as Inc. Magazine’s Top 35 Entrepreneurs Under 35. Entrepreneur Magazine picked BrandYourself as a Top 5 Collegiate Startup, PCWorld named the company a Top 5 Hottest Web Apps at SXSW and the company won the SXSW Accelerator Competition as Best Bootstrapped Startup.

Most recently, Ambron represented BrandYourself on ABC’s Shark Tank, where he walked away from a $2 million offer, one of the highest in the show’s history. He has led BrandYourself to raise several rounds of venture capital and grown it from a student start-up to more than 75 full-time employees. His ideas have been featured on ABC News, CBS News, Huffington Post, Fast Company, Mashable, TechCrunch, WSJ, the NY Times, US News & World Report and many others. He helped co-develop the new media curriculum at Syracuse University’s iSchool.

Following the 30-minute ceremony, guests are invited to stay for the ribbon cutting, reception and student venture demos in the LaunchPad from approximately 1:30-3 p.m., with the opportunity to meet and speak with Cerilli and Ambron.

RSVP’s are requested to assist with planning:  LaunchPad@syr.edu.