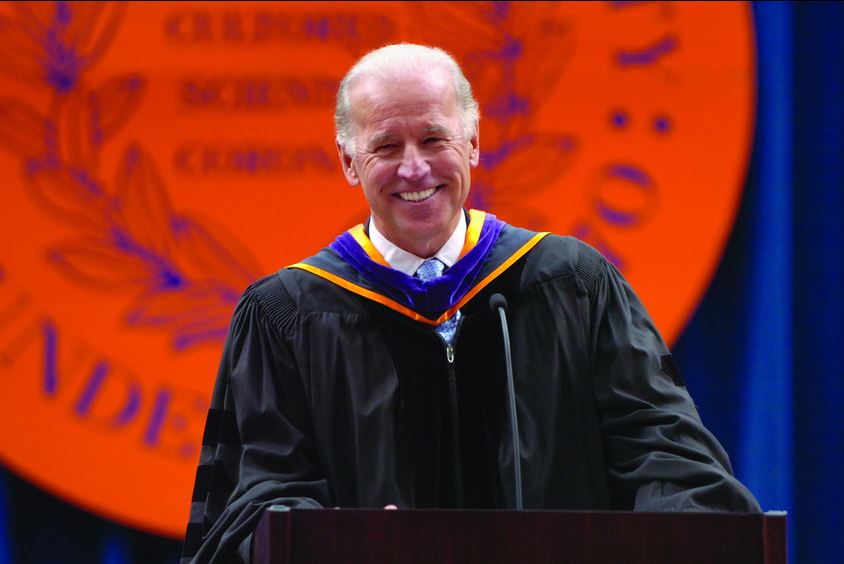 Vice President Joe Biden L’68 will deliver the commencement address to the Syracuse University College of Law’s Class of 2016. Commencement will be held Friday, May 13, at 1 p.m. in the Carrier Dome.

Biden is an honorary member of the College of Law’s Board of Advisors and has previously given the College of Law’s commencement speech in 1994, 2002 and 2006. In 2015, he was on campus to promote one of his signature initiatives, “It’s On Us”, a public awareness and education campaign across university and college campuses nationwide to combat sexual assault. His son, the late Beau Biden L’94, was also a College of Law graduate.

“Vice President Biden is a treasured member of the College of Law family and we are excited to bring him back this May,” said College of Law Interim Dean William Banks. “He is always generous with his time, insight and leadership to the College of Law and I am sure he will deliver a poignant speech and provide our graduates and their families and friends with a memorable day.”

For information on the College of Law’s 2016 commencement, visit lawcommencement.syr.edu.