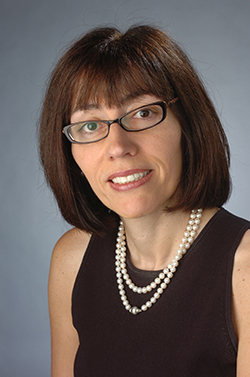 Epsilanty has served the College of Law in a variety of positions during her distinguished 20-year career. Most recently, as assistant dean of advancement, she worked closely with the dean and the college’s Board of Advisors to manage the successful Campaign for Dineen Hall, which raised $40 million and resulted in the building of one of the premier law school facilities in the country. She has provided strategic counsel for all advancement-related activities and has been a skilled leader within the college. In addition, she has held several key leadership positions, including as the assistant dean of career services, senior director of annual programs and director of alumni affairs.

In her new role, Epsilanty will create and implement a strategy for the engagement, cultivation, solicitation and stewardship of alumni, friends, parents and donors, primarily outside of the United States. She will work closely and collaboratively with all colleges, and across the University to assist with the engagement of the University’s international alumni and friends.

“Alex has been an incredible asset to Syracuse University for more than two decades and has cultivated and nurtured relationships to the benefit of many of the University’s key units,” says Ter Molen. “She is the right person to fill this critical role and I am confident that under her leadership, we will see our international efforts thrive in the months and years ahead.” 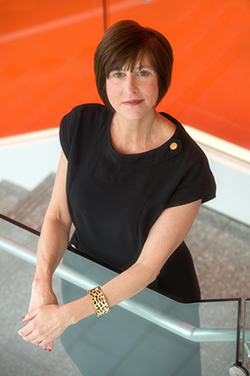 Vanderhoek has served most recently as the assistant dean of advancement for the Newhouse School. Under the leadership of Deans David Rubin and Lorraine Branham, Vanderhoek has developed a broad career services, external relations and fundraising program that has contributed substantially to the Newhouse School’s strong and growing national reputation. Working closely with the board and other alumni volunteers, Vanderhoek oversaw the development of a series of successful, high-profile branding events, including the Newhouse in New York breakfast series with media critic Ken Auletta; the school’s “40 @ 40” and “50Forward” gala anniversary celebrations; and the Mirror Awards, a national competition for media industry journalism. Vanderhoek was architect of the Newhouse School’s first $30 million capital campaign to add a third building to the Newhouse complex and lead the fundraising for Dick Clark Studios complex, which surpassed its goals. The new facility opened in Fall 2014 with a dedication ceremony featuring Oprah Winfrey.

In her new role, Vanderhoek will work closely with University leadership, the schools and colleges, and Syracuse University’s most committed philanthropists to support interdisciplinary and priority projects that emerge from the University’s Academic Strategic Plan.

Vanderhoek graduated from Dartmouth College and then began her career in the brand management program at Procter & Gamble in Cincinnati. She earned a master’s degree in television, radio and film from the Newhouse School.

“In her two decades at the Newhouse School, Lynn has demonstrated her ability to work closely with University Leadership, Trustees and senior alumni, and to bring faculty, alumni and volunteers together to conceive and bring big projects to fruition,” says Ter Molen. “I am delighted to put her institutional experience, creativity and drive to work across the broader campus to realize the University’s aspirations in the coming years.”

Epsilanty and Vanderhoek will continue supporting advancement efforts in the College of Law and Newhouse, respectively for the immediate future and will assist with the onboarding of their eventual successors.