Madeleine Peyroux, a blues and jazz singer often compared to Billie Holiday, will perform live in concert at Gala 2016, Syracuse Stage’s major annual fundraiser. The event will take place on Friday, June 10, in Goldstein Auditorium in the Schine Student Center. 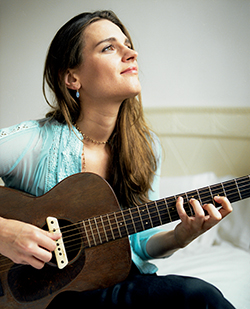 Tickets for the entire Gala event include cocktail reception, silent auction, dinner and concert, are available now at 315-443-2709.

Peyroux began her career at 15 as an American in Paris busking on the city streets, spent the next several years traveling around Europe performing jazz standards and was finally discovered in the early ’90s in a New York City jazz nightclub. She has released seven studio albums consisting of both original works and cover songs that are soulful, earthy takes on her musical inspirations, and has collaborated with many well-known artists such as former Rolling Stones bassist Bill Wyman. Peyroux’s music can be heard in several films and television shows, including “Union Square,” “Last Holiday” and HBO’s critically acclaimed series “Deadwood.” More information can be found at http://www.madeleinepeyroux.com.