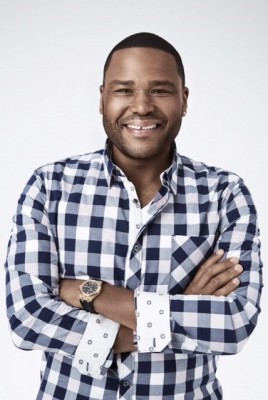 The fifth annual “Truth Be Told” event, organized by the Delta Zeta Chapter of Alpha Phi Alpha Fraternity, welcomes actor and producer Anthony Anderson. Anderson will speak in Goldstein Auditorium in the Schine Student Center on Tuesday, April 5, at 7 p.m.

Anderson, star of the television series “Black-ish,” will focus his discussion on a reflection of one of the series most-acclaimed episodes, “Hope,” as well as his upcoming movie, “Barbershop: The Next Cut,” releasing in the United States on April 15.

The “Truth Be Told” series brings public figures to campus whose voices have contributed to honest conversations about our society. Previous “Truth Be Told” speakers include Cornel West, Michael Eric Dyson and MC Lyte, Anderson Cooper, and Forest Whitaker.

Roshad Demetrie Meeks, president of the Delta Zeta Chapter, is excited to bring Anderson for this series as his work has always sparked conversations about one’s role and position in society. “Bringing Anthony Anderson was a decision that we knew would offer an informative and entertaining message for the community and campus. I know people will very much enjoy his talk,” Meeks says.

Tickets are available for $1 at the Schine Box Office.  The event is open to the public.