Bestselling author Mary Roach is the next speaker in the University Lectures series on Tuesday, March 29, at 7:30 p.m. in Hendricks Chapel. The event is free and open to the public. 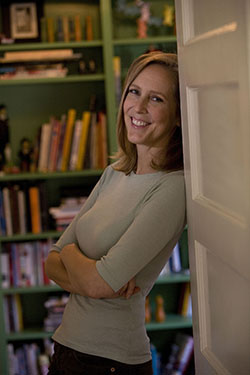 She will share the stage with Sandra Hewett, professor of biology and the Beverly Petterson Bishop Professor of Neuroscience, for an informal dialogue. Roach’s appearance is presented in cooperation with the College of Visual and Performing Arts and the College of Engineering & Computer Science. American Sign Language interpretation and Communication Access Real Time will be available.

Roach is well known for her humor-tinged and engaging New York Times bestsellers “Gulp: Adventures on the Alimentary Canal” (2013), “Packing for Mars: The Curious Science of Life in the Void” (2010), “Bonk: The Curious Coupling of Science and Sex” (2008), “Spook: Science Tackles the Afterlife” (2005) and “Stiff: The Curious Lives of Human Cadavers” (2003), all published by W.W. Norton & Co., as well as “My Planet: Finding Humor in the Oddest Places” (2013), the complete collection of her “My Planet” articles published in Reader’s Digest.

Her latest book, “Grunt: The Curious Science of Humans at War” (W.W. Norton & Co.), comes out on June 7. In “Grunt,” Roach explores “the science of keeping human beings intact, awake, sane, uninfected and uninfested in the bizarre and extreme circumstances of war.” She introduces readers to the common challenges faced by soldiers—including panic, exhaustion, heat, noise—and the scientists devising ways to help them cope.

Among her adventures along the way, Roach: 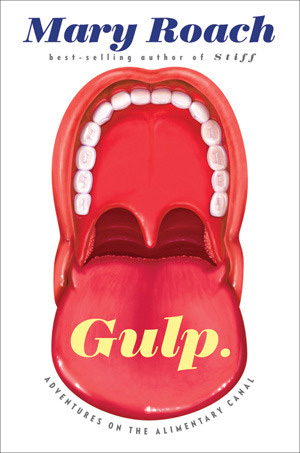 She also samples caffeinated meat, sniffs an archival sample of a World War II stink bomb and stays up all night with the crew tending the missiles on the nuclear submarine USS Tennessee.

In addition to her acclaimed books, Roach has written for National Geographic, Wired, New Scientist, The New York Times Book Review, the Journal of Clinical Anatomy and Outside, among other publications.

She is a member of the Mars Institute’s Advisory Board and the Usage Panel of the American Heritage Dictionary.